Written by Admin on October 28, 2008. Posted in Urban Dreams Filmworks 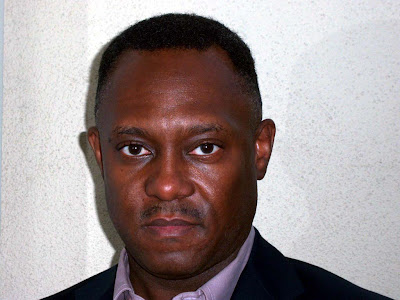 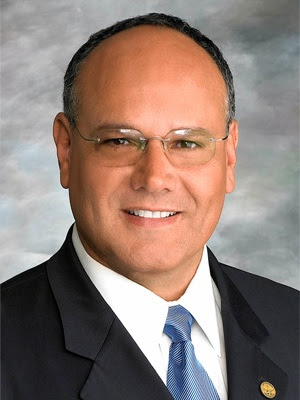 (ONTARIO, Calif.) “The Urban Dreams Filmworks Festival has been a dream of mine for two years,” explains Ontario’s producer, playwright and author Erick Benson. “There’s more than enough talent in the Inland Empire to easily embrace such a project.”

Benson, the founder of Urban Dreams Filmworks and creator of the film festival, is no newcomer to the entertainment industry. He is a playwright with four stage productions under his belt, a TV producer and an author with his fourth crime story book due soon. Additionally, he and writing partner Anthony Herron created Ben-Her Entertainment and have collaborated on numerous writing projects for film and television.

A graduate of Cal Poly Pomona with a bachelor’s degree in Communications and, subsequently, a master’s in Creative Writing, Benson went on to join the staff of TV’s popular “Family Feud” and, later, “Love Connection.” Currently, he is the creator of “First Cousins,” a television pilot starring Sherman Hemsley, the veteran of “All in the Family” and “The Jeffersons.” Also under consideration by producers are four reality shows and a feature film.

“I created Urban Dreams Filmworks,” the writer/producer says, “as a cutting-edge film company to write and produce quality films with positive messages. Our goal is to expose the world to stories that can change lives and create tomorrow’s horizons today.”

And his March film festival is considered by entertainment professionals a perfect example.

The Urban Dreams Filmworks Festival will give aspiring writers, directors and producers around the country the opportunity to present their creative works of art, organizers say. “There’ll be five categories,” adds Benson. “We’ll have Short Films of 20 minutes or less; TV samples of reality, drama or comedy shows up to 10 minutes in length; Documentaries may also be 10 minutes or less; there’ll be Music Video entries of no more than seven minutes; an animation category and a new section for festivals, Spoken Word In View, of five minutes or less.”

Festival judges will include such industry leaders as ABC/ Sony/Columbia alumnus and longtime actor Anthony Herron who will also teach a screenwriting class.

Awards participants handing out the beautiful and well-earned plaques number Ontario Mayor Paul Leon and Greg Devereaux, along with a few of Benson’s industry friends: “Gus Blackman, a Warner Bros. 30-year veteran and producer of television’s ‘Judge Mathis’ show, and Ken Dickson, a Warner executive producer with an acting background in stage, TV and film productions, are a couple of powerful Warner Bros. executives,” he notes. “And we’ll have Stacey McLain-Fields. She’s been a head writer for ‘The Parkers’ sitcom, a screenwriter of a B.E.T. Movie of the Week and a story editor for a decade or more. Stacey will be an award presenter and will hold a seminar on Writing for Television.”

As Paul Leon, Ontario’s mayor, says, “The Urban Dreams Filmworks Festival is an exciting new festival which will bring the best and brightest filmmakers to Ontario, the entertainment center of the Inland Empire. The festival will add to the growing culture and quality of life that Ontario is becoming.”

Festival organizers are adhering strictly to the event’s Mission Statement, according to Benson. He says, “All of us are involved … to provide an opportunity for independent filmmakers to present their works of art in an open setting to gain industry exposure that can possibly provide marketing avenues for their projects.’”

Benson is taking his festival a step further, too. He’s bringing in Hollywood pros for seminars in scriptwriting, choosing actors, music video production and even financing, the last conducted by Terrell Hickman, a prominent financial planner for entertainers.

“On Day 1, March 28th,” Benson says, “we’ll have the classes and films running all day, plus film/television/industry vendor booths. Day 2, the 29th, will be the same, but with the evening’s concluding awards banquet gala.” All film screenings are open to the public and free.

Students fascinated by film and video haven’t been overlooked, either. In fact, Benson has created two competition categories exclusively for high school seniors as part of “The Student Writing & Video Challenge.”

“Contest #1,” Benson explains, “gives young people the chance to illustrate their writing skills by submitting a1- to 3-page synopsis for a television show or feature film. Contest #2 is where the seniors can demonstrate their creative skills by making their own video project in comedy, drama, reality, action or documentary categories.” Winning students in each contest will be honored at the awards banquet and receive special prizes from Ontario Mayor Leon.

Benson says “I discussed the idea with Ontario’s City Manager, Greg Devereaux, who convinced me the festival would be such a powerful and successful project that it ought to be in the city’s Convention Center.” And so it will, March 28 and 29 of 2009.

For further information on festival events, submission guidelines and fees, student entries, seminar offerings and more, go on line to www.urbandreamsfilmworks.com or phone (909) 268-5303.