Written by Admin on October 2, 2007. Posted in The Art Institute 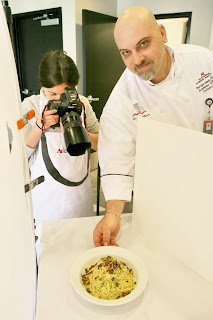 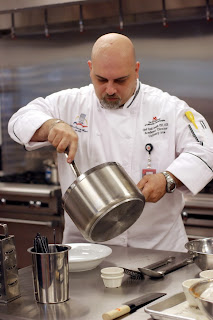 (909) 534-9500
(SAN BERNARDINO, Calif.) Ever wonder where those exquisite pictures of luscious dishes in the cooking and food magazines come from? Chances are they came from the kitchens of The Art Institute of California – Inland Empire.

“The faculty, staff and students can attest to the fact that the foods prepared for the photo shoots are as good as they look because every month we are invited into the kitchens to partake in the delicacies,” says Campus President Byron Chung.
Donald and Brenda Lorenzi, the publishers of Inland Empire Magazine along with food magazines Tastes of Italia, a bi-monthly, and the quarterly Healthy Cooking, have included test kitchens in each of their publications for years, creating recipes that make mouths water and have people dashing to the market.
“Our food magazines,” she says, “are recipe oriented publications, especially, of course, Healthy Cooking and Tastes of Italia.” Circulated nationwide, and now expanding internationally, the publications are on more than 5,000 newsstands and in such chains as Borders and Barnes & Noble.
“For years, we experimented with foods in our own kitchen with our own staff,” Lorenzi says, “but, we have a company to run, too. And when the Art Institute’s Culinary Arts department came to me with a proposal to team up, I jumped at it.”
Byron Chung and Chef Eyad Joseph, the Culinary Arts director, founded the Culinary Arts program at the Art Institute of California – Inland Empire in January of this year.
“I want to show our 28 students that there’s more to working in the culinary field than just being an Emeril on TV. It takes a great chef 20 years to attain that level. In the meantime there are sous chefs, private chefs, baking and pastry chefs, corporate chefs, cruise chefs and, naturally, test kitchen chefs,” says Chef Joseph.
This chef knows what it takes to make it in the culinary world. Before joining the Art Institute of California, Chef Joseph served as chef at a five-star and five-diamond hotel, the Fairmount Scottsdale Princess Resort, in Scottsdale, Ariz.
He was also the regional executive chef for the popular Romano’s Macaroni Grill chain, and as executive chef at several other fine dining restaurants in both San Diego and Scottsdale. Chef Joseph was also a regular on many local cooking television shows and is the author of a new cookbook due this spring. He is a graduate of the Scottsdale Institute’s Le Cordon Bleu.
By partnering with Lorenzi’s magazines, Chef Joseph’s students gain hands-on experience with this little-known aspect of the culinary field. “When I met with Brenda and we tossed around the idea of our program taking over her magazines’ test kitchen, I was thrilled. It sounded mutually adventurous.”
The partnership is mutually beneficial, too. The publications gains new, well-tested recipes, the students get real-world preparation and cooking experience, readers are treated to the newest and most savory recipes and the university gathers nationwide exposure. Everyone wins.
The cooking takes place at the Art Institute’s a la carte kitchen, the university’s most elaborate culinary facility. “When they came to see our operation,” Chef Joseph says, “they were astonished with the facility and equipment. We have more than everything we’d need to do the kind of testing Brenda and her readers expect.”
The magazines send the new recipes to Chef Joseph every month. He reviews them with the students and makes a plan. What makes each recipe unique? What ingredients are needed? What equipment is required? How long will each element take? Which student does what? What ingredients do we have on hand?
“We make a shopping list for Brenda, and she picks up what we need. Then we get to work.”
Chef Joseph guides the two dozen or more students for approximately two nine-hour days, staying with them at every step as they create 18 to 20 dishes on day one and another seven to eight on day two.
Healthy Cooking and Tastes of Italia sends a photographer who specializes in taking photos of food to document each step along with the final creations, and their own chef is on hand to take notes for the resulting articles.
One tricky aspect of all this is the advance timing required by publications that must plan each issue, sell ads and get them delivered or created, design page layouts, photograph covers, print and distribute those 150,000 copies.
“We have to work at least a year ahead,” Brenda Lorenzi says. “In the spring we’re thinking Thanksgiving and Christmas meals.” Finding fresh cranberries and turkeys in May can be a bit of a challenge, she adds.
And when it’s all over? “We have a feast,” the chef says. “The proof is in the eating.”
Healthy Cooking and Tastes of Italia are available at newsstands or by subscription at healthycookingmagazine.com or tastesofitalia.com. For more information on The Art Institute of California – Inland Empire call (909) 915-2100 or go on line to www.artinstitutes.edu/inlandempire.