Winners and judges in the Korean cooking contest held during Taste of Korea. 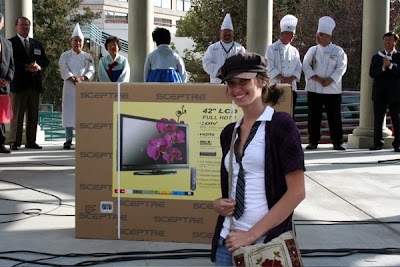 Emaly Yruretagoyena won a 42-inch high-definition television during the student cooking competition held during Taste of Korea. She is a student at Crafton Hills College. 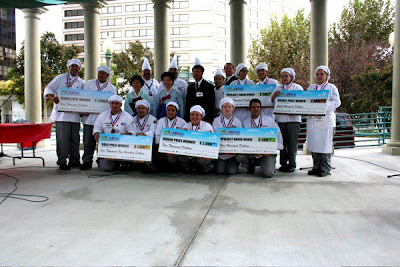 Winners and judges in the Korean cooking contest held during Taste of Korea.
(SAN BERNARDINO, Calif.) Students from The International Culinary School at The Art Institute of California – Inland Empire, Riverside Community College and elsewhere took part in a Korean cooking competition as part of the recent Taste of Korea event held in downtown’s Court Street Square.

The students competed in two-chef teams, preparing kimchi, a staple of the traditional Korean diet and a kimchi fusion dish, that is incorporating the pickled vegetables that make up kimchi into something from another culture.

Grand Prize winners, receiving $1,000 each, were Rosanna Saldana 20, of Ontario and Nina Mendiola 28, of Fontana. Both attend the International Culinary School.

Gold Prize winners, receiving $750 each, were Domonic Pena, 22 of Fontana and Robert Vasquez, 22. Both attend the International Culinary School.

Silver Prize winners, receiving $500 each, were Chris Harwood 31, of Yucaipa and Eddie Silvas 24, of Colton. Both attend the International Culinary School.

Bronze Prize winners, receiving $400 each, were Angela Carriaga 28, of Colton and Ceci Dominguez 30, of Fontana. Both attend the International Culinary School.

Popularity Awards, each worth $250 per contestant, were given to the team of Roy Revelles and Idana Munez, and to Heather Fisher and Gabriel Woo. Revelles is a Redlands attorney, and all are are students at the International Culinary School.

The Taste of Korea was sponsored by the Korea Agro-Trade Center, The Art Institute of California-Inland Empire and the San Bernardino Convention & Visitor’s Bureau.

The Korea Agro-Trade Center is an agency of the Korean government, and its purpose is to promote Korean agriculture. It has done this by holding cooking festivals in the Los Angeles area, but this is its first time the Taste of Korea will be held in the Inland Empire. 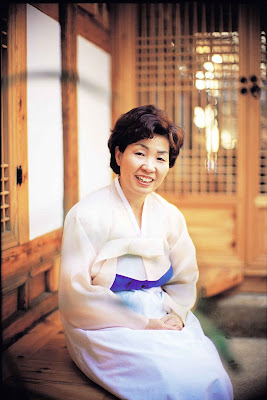