Written by Admin on September 16, 2009. Posted in Black Voice Foundation 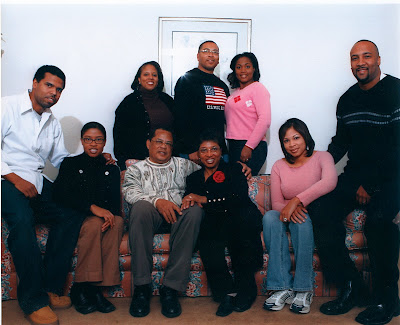 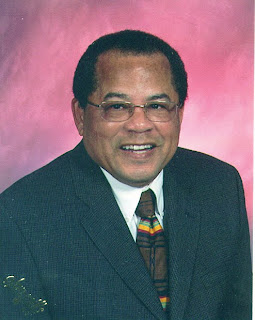 Hardy Brown in 1995 at the top of his game.  He was the Human Resources Director for Kaiser Permanente’s Fontana Hospital and co-publisher of The Black Voice News. 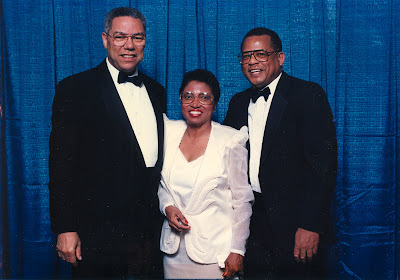 Gen. Colin Powell, former Secretary of State, with Hardy Brown and Cheryl Brown at reception in Palm Springs, Calif. where they encouraged Powell to run for President. 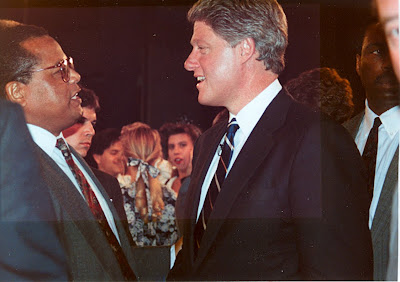 Hardy Brown and presidential candidate Bill Clinton at the Democratic Convention in 1991. 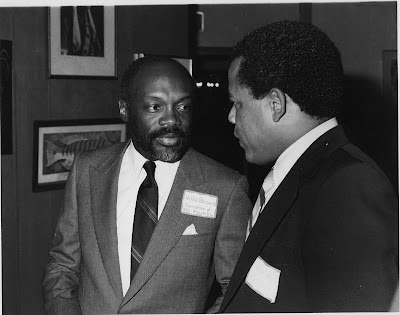 Hardy Brown and then perpetual Speaker of the California State Assembly Willie Brown. 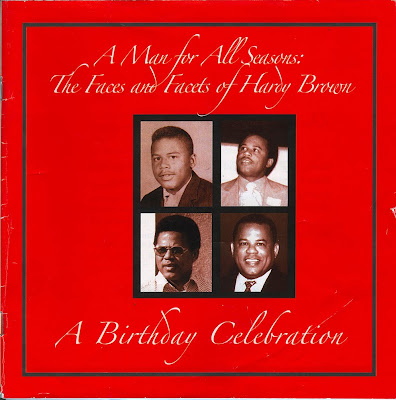 The many faces of Hardy Brown.

(SAN BERNARDINO, Calif.) You might think that a man diagnosed with Primary Lateral Sclerosis (PLS), a rare, degenerative, neurological disorder related to Lou Gehrig’s Disease (ALS), would be ready to hang it up, or to be self-pitying and withdrawn. But not if that man is Black publication leader Hardy Brown of Southern California’s Inland Empire.

His speech may be seriously affected so he can no longer take calls from advertisers, and his gait may rely on a cane, a walker and occasionally a wheelchair, yet this 66-year-old co-publisher of “The Black Voice News” goes to the office daily and still turns out his often humorous and always incisive editorial for the weekly newspaper. As his co-publisher wife Cheryl says, “Hardy still puts in six hours a day. He’s a man of very strong faith, and believes God has him here for a reason.”
What reason? Perhaps, as New America Media, an association of more than 700 ethnic media outlets puts it, for more than 35 years Hardy’s newspaper “has been a strong advocate for the voiceless and disenfranchised of Riverside and San Bernardino counties [the Inland Empire].” Reason enough, many would say.
It was 1972 and a handful of students of the University of California at Riverside founded “The Black Voice” to counter traditional newspapers which were seen as ignoring the concerns of Black students.

Today the newspaper boasts a circulation of 10,000 via subscriptions, retail stores, newssta
nds and churches.
Two examples over the years highlight the weekly’s community concern and the strength of its stance:
In 1998 a Black Riverside teen was shot dead while sitting in her car as four local police pumped 12 rounds into the girl. Over the following two years “The Black Voice News” refused to let the tragedy slip from public view, focusing on the case with front page stories each week. When the City Council considered reinstating the four police officers that had been fired following the shooting, it was Hardy Brown’s strong editorials in opposition that pushed the Council to not reinstate the four.
Also, early in the 21st century “The Black Voice News” became one of the first news sources to show that the government’s Health and Human Services department admitted that an Institute of Medicine report had minimized unequal treatment of Blacks and Latinos in healthcare.
As Hardy Brown told “California Publisher” in 2003, “Our newspaper is one of advocacy. It is to speak for those who cannot speak for themselves. We advocate justice freedom and self-empowerment through our editorial content.”

Brown said his role models in the newspaper field were Samuel Cornish and John Russwurm. “They were the founders of ‘The Freedom Journal,’ America’s first Black newspaper. Their credo was ‘We must speak for ourselves.’
Over the years co-publishers Cheryl and Hardy have expanded their community commitment beyond the pages of the newspaper. Created 20 years ago, The Black Voice Foundation provided scholarships to local students, offered technology and media workshops and backed community awards for commitment to local causes. Their Building Better Communities program fostered local businesses, organizations and agencies to improve neighborhoods.
Also, the ‘paper has organized numerous activities honoring the early Black scientist Booker T. Washington who visited Riverside in 1914, and has partnered with the local school district on a video project recording elders telling of their lives while aiding them to learn computers, scriptwriting and video editing.
Additionally, “The Black Voice News” was integral in the development of “Footsteps To Freedom,” a study program for teachers exploring the “Underground Railroad” effort to get disenfranchised Blacks to the north in the 19th century.
But Hardy Brown, as capable and energetic as he has been, couldn’t have accomplished it alone. That’s why his wife Cheryl is listed as “Co-publisher,” handling the bulk of Brown Publishing’s business while doing some writing, photography and editing.
“After 46 years of marriage,” Cheryl says, “We’re still deeply in love. He’s my best friend. We’re together 24 hours a day, and it’s wonderful. Hardy is fun and funny, yet has always been a conscientious hard worker. We do have separate offices, though.”
Daughter Dr. Paulette Brown-Hinds plays a major role with the company, too, as CEO of Brown Publishing and the newspaper’s Associate Publisher while Regina Brown works for California Governor Arnold Schwarzenegger.  Son Hardy Jr. has recently taken the reigns of the Black Voice Foundation.
Paulette began with the ‘paper while in high school, then took a break to teach English Literature at the University of Cincinnati before returning.
“Our dad takes everything one day at a time,” Brown-Hinds notes. “And he has great faith which carries him along. The rest of us struggle with his disease more than he does. Aside from his slowing down a bit and his trouble walking and speaking, Dad’s as bright and alert as ever.”
PLS is caused primarily by the degeneration of the upper motor neurons in the brain and spinal cord, meaning a growing spasticity and weakness of the voluntary muscles. Research suggests between 500 and 2,000 are afflicted with Primary Lateral Sclerosis in the United States.
The legs, arms, hands, speech and the swallowing muscles will all eventually be affected. Life expectancy is normal, but, regretfully, there is neither cure nor treatments beyond easing symptoms.
“We first began to notice something was wrong in 2002,” Cheryl Brown recalls. “A limp became more pronounced, then Hardy would occasionally fall. Then there were two years of tests and waiting for a diagnosis.” Doctors initially suspected Amyotropic Lateral Sclerosis (ALS); very little was known about PLS.
“They worried that Hardy wouldn’t be around long,” Cheryl adds. “But Hardy had faith, and wouldn’t accept their diagnosis. It was Riverside’s Dr. Ron Bailey who said Hardy likely had PLS, and another doctor sent my h
usband to UCLA for more tests, confirming the new findings.”

The North Carolina native came to Los Angeles in 1960, and soon found work with Kaiser Steel in Fontana, then with what is now known as Southern California Edison as, first, a garage attendant chauffer and then the first Black person employed by Edison as a meter reader and customer service technician.
After seven years there, Brown joined the management of Kaiser Foundation’s Health Plan for the Comprehensive Health Care Program benefiting low-income families. Following numerous advancements and other management positions, he retired to acquire and direct “The Black Voice News” and establish Brown Publishing Company as chairman.
The rest is publishing history.
To reach Hardy Brown or the Black Voice News Foundation call (951) 682-6070 or email Cheryl Brown at CherylBrown@BlackVoiceNews.com
-end-