Written by Admin on January 2, 2008. Posted in The Art Institute 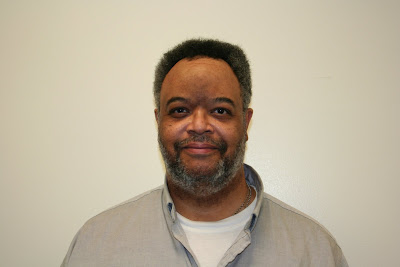 (SAN BERNARDINO, Calif.) “It’s always great to get recognition for what you do,” says Michael Swanigan. The Media Arts & Animation instructor at The Art Institute of California – Inland Empire was recently accorded his fourth “Daytime Entertainment Emmy Award” by the National Academy of Television Arts And Sciences.

Swanigan spent five fulltime months as a storyboard artist for the Emmy-winning “Tutenstein,” currently airing nationally on the Discovery Kids channel. “Let’s see,” he reflects, “there were 250 pages to the animated script, and three drawing panels per page. So, I did around 750 drawings.” Seven hundred and fifty drawings, and he says it without flinching. “I love what I do.”

The animation specialist received his first Emmy as Storyboard Artist/Layouts for “The Simpson’s” in 1990. This was followed by a second Emmy as Director/Storyboards of the TV series “Voltron,” and then again as producer of a 26-episode series, “The Mask.” “No, you certainly don’t get tired of receiving awards or being honored by your peers,” Swanigan offers. “I’ve been doing this for 20 years now, and every project is fresh and exciting.”

At The Art Institute of California – Inland Empire campus in San Bernardino, the Storyboarding For Animation teacher brings to the classroom not only two decades of hands-on professional experience, but a vast knowledge of nearly 20 computer programs for layout, illustration, design, special effects, editing and more.

Swanigan’s talents have graced numerous other major animated television series such as “G.I. Joe,” “X-Men,” “Superman,” “Spiderman,” “Woody Woodpecker,” “The Incredible Hulk” and “Fantastic Four.” And with his broad knowledge and extensive experience, he’s been asked to appear on nearly 20 DVD commentary tracks for such animated videos as “Ghostbusters,” “Dungeons and Dragons” and the complete Flash Gordon Collector’s Edition.

“Certainly I love what I’ve done for films and television,” he says, “but, you know, I love just as much what I do in the classroom. Introducing these eager students to the hands-on world and mechanics of animation, and seeing what they can ultimately do with it all is as thrilling and challenging to me as anything else I’ve ever done.”

Adds Santosh Oommen, academic director of Graphic Arts & Design and Animation, “Michael embodies what we look for in faculty members here at The Art Institute – an instructor who has proven himself in the real world as well as in the classroom.”

It’s not too late to start classes at The Art Institute of California – Inland Empire. The Winter Quarter begins January 7, 2008. Classes are offered in the day, evening and on weekends for new and re-entry students. For details call (909) 915-2100 or go on line to www.artinstitutes.edu/inlandempire.

The Art Institute of California – Inland Empire is one of the Art Institutes (www.artinstitutes.edu), a system of more than 35 locations throughout North America, providing an important source of design, media arts, fashion and culinary arts professionals. For more information, call (909) 915-2100 or go on line to www.artinstitutes.edu/InlandEmpire.