Written by Admin on March 7, 2008. Posted in Education is a civil right 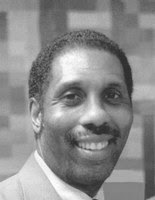 (SAN BERNARDINO, Calif.) – Dr., Jawanza Kunjufu is a nationally-known author and educator. Dr. George McKenna is one of the leading experts in education.

These highly educated and highly successful Black men have devoted their careers to helping Black children reach their fullest potential. They bring their expertise to the Inland Empire on Saturday, March 15, where they will be the keynote speakers in the Education Is A Civil Right conference, taking place 7:30 a.m. to 4 p.m. at San Bernardino Valley College.

“One of the goals of this summit is to provide resources for improving education, particularly for Black children,” said Joette Marie Spencer a specialist with San Bernardino City Unified School District and one of the conference organizers. “Our speakers will discuss ways we can use the resources we have in our community to benefit our children, and will help us develop strategies to improve the service we provide to them.”

Kunjufu was raised in a two-parent home with a father who gave him high expectations and a mother who loved him unconditionally. Their support allowed Kunjufu to excel in school, skip seventh grade and go on to Illinois State University on a track scholarship. In college, besides continuing his athletics, he majored in economics and business administration, and won numerous awards as a member of the debate team.

All of that prepared him to be successful in life, but it was perhaps the course of study he embarked on during his junior year of college that gave him a different focus. Having always wanted to attend a college designed for Blacks, he enrolled in an exchange program with Morgan State University.

In 1980, he founded his company, African American Images Inc. He has written approximately 30 books, and has spoken at many universities, colleges and churches.

Topics he includes in his lectures are relationships in the Black community, and critical issues for Black families, especially those pertaining to raising Black male children.

“Many educators believe the causes originate with the parent,” Kunjufu said. “They blame it on single parenting, lack of parental involvement or poverty. But the causes can also be ineffective administrators, low teacher expectations, a wide variance in teacher quality, lack of multicultural curriculum and a lack of understanding male learning styles. I want to explore these views in San Bernardino.”

The conference’s other speaker, George McKenna was born in New Orleans, Louisiana. His family was steeped deeply in the history and culture of the city, which has been highly influenced by its Black community.

In a time and place where Blacks were often deprived of their civil rights, McKenna excelled, and graduated at age 20 with a bachelor’s degree in mathematics from Xavier University. He was then awarded a teaching fellowship to Loyola University, where he earned a Master’s degree in mathematics, and later earned a doctorate in education from Xavier.

In 1962, McKenna accepted a teaching position in the Los Angeles Unified School District. He has also taught at the college level.

McKenna became principal of George Washington High School in 1979. At the time, this school was notoriously violent; drug deals and gang fights were regular occurrences. McKenna turned it around, and now nearly 80 percent of its graduates go on to college.

His success at George Washington became the subject of a CBS movie, Hard Lessons, featuring Denzel Washington. McKenna has received more than 400 citations and awards from civic, legislative and professional organizations, and has authored articles in national magazines, newspapers and educational journals. He also continues his education career as the Assistant Superintendent of Pasadena Unified School District.

Dr. McKenna’s presentation will focus on four areas he believes are critical for improving the educational experience for Black children. He bases this on observations he’s made in more than 45 years of working as an educator.

“There is still a gap between the achievements of Black students and those of other students,” Dr. McKenna said. “I will present practices, action plans and suggestions for bridging this gap.”

The topics Dr. McKenna believes schools and communities must consider are 1) policies and practices that hinder Black children, 2) improving high school graduation rates, 3) specialized programs for Black males and 4) ways for parents of under-achieving children to become more involved in their children’s education.