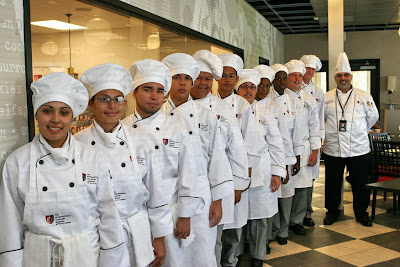 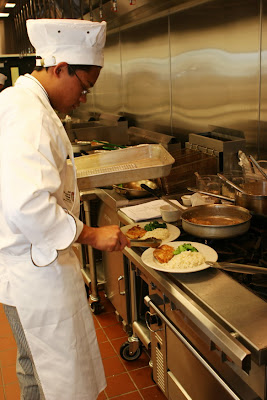 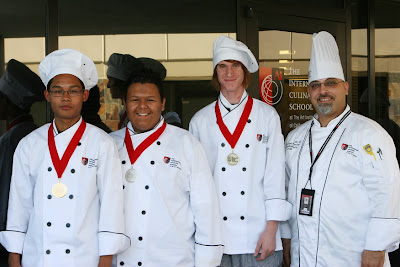 (SAN BERNARDINO, Calif.) – This weekend, hundreds of high school seniors turned budding chefs took the first step toward launching what could be the beginning of their professional culinary careers.

On Saturday, April 12, high school seniors from across the U.S. and Canada competed in Best Teen Chef Local Cook-off Competitions at participating The International Culinary Schools at The Art Institutes locations throughout North America including, The Art Institute of California-Inland Empire.

“It’s surreal,” Agra said a few days after he was named the winner. “I never expected to win. I went into the competition to have fun.”

Agra said cooking has long been a passion of his, and even as a child loved to experiment in the kitchen. He continues these experiments today, cooking for family members whom he says are “my human guinea pigs.”

The 31 Local Cook-off Competition winners will proceed to the Best Teen Chef Final Round Competition on Saturday, May 17, at The Art Institute of Las Vegas. Top prize winners in the Competition can win a full-tuition scholarship toward an associate’s degree, certificate or diploma program to study Culinary Arts at one of the more than 30 participating Art Institutes locations.

“The interest in culinary arts among young people has literally soared in recent years, said Chef Eyad Joseph, culinary director at The International Culinary School at the Art Institute of the Inland Empire, “This is due to many factors, among them, working parents, the proliferation of cooking shows on television, and the desire to participate in family traditions.”

The Art Institute of California-Inland Empire is one of The Art Institutes (www.artinstitutes.edu), a system of over 40 education institutions located throughout North America, providing an important source of design, media arts, fashion and culinary professionals.