This is the 100th anniversary of Mother's Day, how did it begin?

Written by Admin on April 25, 2008. Posted in Dameron Communications 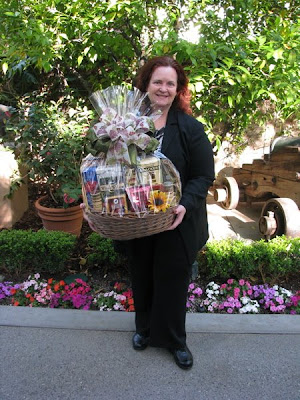 (SAN BERNARDINO, Calif.)  Mothers’ Day is Sunday, May 11 and it’s not too early to start thinking about a gift for the moms you love.

This year is the 100-year anniversary of what is widely known as the first Mother’s Day, according to the West Virginia Division of Culture and History. On May 10, 1908, Mother’s Day founder Anna Jarvis brought 407 children and their mothers together for an observance at Andrews Episcopal Methodist Church in Grafton, West Virginia.

Jarvis’ own mother, Anne Reese Jarvis, had died three years earlier. During the Civil War, the elder Jarvis had formed Mothers’ Work Groups, who strived for peace, and also worked to improve sanitation and health conditions in the area of the Civil War battlefields.

Two years after her mother’s death, Anna Jarvis set aside the second Sunday in May to honor her mother in a personal and private way. But, she decided this was something all children should do for their mothers, and set about organizing the much more public celebration in 1908.

Because of Jarvis’ efforts to make her celebration a national and later an international holiday, President Woodrow Wilson signed legislation in 1914 recognizing the second Sunday in May as Mother’s Day across the United States. It’s been celebrated on that day since then. President Wilson was also aware of a movement to honor mothers that began in Albion, Mich., through the efforts of the two sons of temperance crusader Juliet Calhoun Blakely.

While many of the early Mother’s Day celebrations specifically honored mothers who worked for peace or other social causes, it has evolved today into a holiday that honors all mothers and the important role they play in the lives of their own children.

Long ago, the children of Anne Reese Jarvis and Juliet Calhoun Blakely worked diligently to create national celebrations in honor of their mothers. Thanks to their efforts and the rise of technology, today we can honor moms much more easily.

A suitable honor for a mother of the 21st century can be obtained simply by ordering a gift online from one’s own personal computer. Many will order flowers, but the Internet allows much more creativity in choosing a gift for moms.

The Bountiful Basket, a southern California business specializing in custom-designed gift baskets, has many unique Mother’s Day gifts on its website, www.thebountifulbasket.com  Some of owner Marilyn Taylor’s recommendations are:

Pink Roses For Mother’s Day: This white basket is filled with things that capture the nuances of pink roses, including lotion, a pink scented candle, a rose print ceramic mug with two packages of cocoa or cappuccino, a notebook and journal, and scented rose petals scattered throughout. “It’s a very delicate and feminine gift,” Taylor said.

The Perfect Mother’s Day Gift:  A faux-leather burgundy train case, filled with cookies, tiramisu, white cocoa or tea, a picture frame, a pen and a notepad. A Mother’s Day balloon can be included.

The above gift baskets, as well as many others described on the web page www.thebountifulbasket.com , would also be good gifts for brides-to-be. Elsewhere on the website are gifts suitable for dads, grads and grooms.

The Bountiful Basket has more than 250 different baskets to choose from, $10 to $500. These are grouped by themes, such as holidays, corporate, children’s and teenagers’ baskets, college students’ designs, and gifts with different varieties of products within.

But, if none of those designs are exactly what you’re looking for, The Bountiful Basket can custom-make the perfect gift that you will be proud to give and will fit within your budget.