Written by Admin on May 27, 2008. Posted in LaSalle Medical Associates 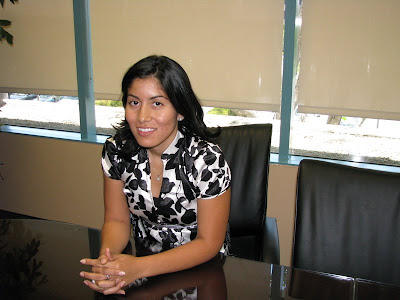 (SAN BERNARDINO, Calif.) – Once, a young college graduate, the son of parents born in Mexico, wanted to be a doctor. It wasn’t money or prestige that drove him, but simply a desire to make things better for people.

More than 30 years ago, that young college graduate was Dr. Albert Arteaga, a graduate of La Sierra University in Riverside. After completing his residency at Loma Linda University Medical Center, Dr. Arteaga began his medical practice in Fontana in 1984.

His practice has since grown to a chain of five medical clinics in the Inland Empire, known as LaSalle Medical Associates. Dr. Arteaga also is chairman of the Latino Health Collaborative, and is widely regarded as an expert on health care.

He enjoys a successful practice, but perhaps his greatest success is helping thousands of people get quality health care who might not otherwise have received it. He treats all patients with dignity and respect and expects his staff to do the same, and as one of the top enrollers in all of California for Healthy Families, he has helped more than 20,000 children and their families obtain health care coverage.

Now another young college graduate, 22-year-old Evita Limon, so admires what she sees in Dr. Arteaga she aspires to follow in his footsteps.

This summer, the 2007 graduate of the University of California, Riverside will enroll in the University of California, Los Angeles medical school, taking part in a special program called UCLA-Prime. The program, which she will attend at UCR for two years and in Los Angeles for three, allows her to obtain both a Master’s degree and a medical doctorate (M.D.) in five years.

Dr. Arteaga is a guest lecturer at UC Riverside, and it was in Limon’s Health Care Disparities class at the university where she and her mentor first met. This course examines a subject Dr. Arteaga is working hard to overcome, that of how race, income and lack of insurance affect the quality of health care one receives.

“He gave a wonderful talk,” Limon said. “I sensed how passionate he was about this subject.”

After graduating from UC Riverside, Limon took an internship with the Health Careers Connection with the Latino Health Collaborative, and became further acquainted with Dr. Arteaga. A few months later she moved onto a second internship with Health-Net and another job with the Loma Linda University School of Religion, but recently began her third internship, this time at LaSalle Medical Associates.

In many ways, Limon is already much like Dr. Arteaga. Both are native Californians. Both have close family born in Mexico, and both are passionate about health care to help people.

For now, they also both work at LaSalle Medical Associates. Dr. Arteaga is the owner and president, and his new employee is an intern, helping both the physician and his wife Maria, the head nurse, in their administrative duties.

“I am truly inspired by the work they are doing in this community,” Limon said. “Mrs. Arteaga took me on a tour of one of the clinics and I wanted to be a patient there, because of the phenomenal treatment given to the patients.”

Limon plans to return to the Inland Empire after graduating from UCLA After three or four years of residency, she hopes to work first as a clinic physician, and later in an administrative role that will help her bring about significant change in health care policies.

“This very talented young lady is passionate about making a difference in this world,” Dr. Arteaga said. “Yet she is also passionate about people, and so I know that she will accomplish great things in health care in the very near future.”

It’s quite possible she will accomplish all of her goals through a new working arrangement with LaSalle Medical Associates, as she so strongly believes in its mission to provide quality and affordable health care to everyone, with dignity and respect.

“Working with patients and being able to improve the doctor-patient relationship initially drew me to pursue a career in medicine,” Limon said. “But after my experiences with the Latino Health Collaborative, my ultimate goal is to enact policy to improve the quality of health care.”

If Limon succeeds in her professional goals, she will walk very close to the path Dr. Arteaga has taken over the years. After graduating from medical school in 1976, working in social service programs and medical internships in the United States and Mexico, and completing his residency at Loma Linda University Medical Center, Dr. Arteaga began a private practice in Fontana about 25 years ago.

As Dr. Arteaga’s practice grew to five clinics, so did his passion for helping underserved populations – especially minorities, low-income people and the uninsured. In his role as president of LaSalle Medical Associates, which has 115 employees (including 13 physicians), many view him as an influential voice in efforts to make quality health care affordable to everyone.
LaSalle welcomes patients at all five of their Inland Empire clinics: 17577 Arrow Blvd. in Fontana; 1505 Seventeenth Street and 565 North Mt. Vernon Ave. in San Bernardino; 16455 Main St. in Hesperia; and 31762 Mission Trail in Lake Elsinore.