Written by Admin on June 2, 2008. Posted in LaSalle Medical Associates 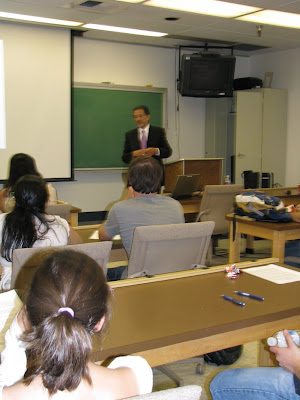 Dr. Albert Arteaga lectures to students in the Health Care Disparities Course at the University of California – Riverside.