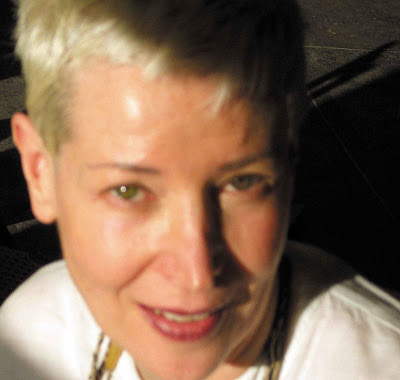 (SAN BERNARDINO, Calif.) April Greiman, a world-recognized leader in the evolution of post-modern graphic art, will give a rare guest presentation at The Art Institute of California-Inland Empire on July 10 at 2:30 p.m. Admission is free and open to the public.

“She was one of the first women in graphic design to break through what had been a male-dominated field, and make a name for herself,” said Micheal Swank, academic director of the Graphic Arts and Web Design & Interactive Media departments of the Art Institute of California-Inland Empire. “She also pioneered the use of technologies that changed the essence of what graphic design is today.”

Greiman, 60, of Los Angeles, was one of the first graphic designers to embrace the computer as a graphic design tool. Shortly after McIntosh computers were made public in 1984, she purchased one and began incorporating applications such as McDraw into her work.

One of her most well-known works which she used these early computer technologies to create was Issue #133 of Design Quarterly, published in 1986. Instead of the usual magazine format, this issue was a large poster, with a life-size digitalized photo of her naked on one side, with layers of image and text interspersed, and video images and text on the other side. The focus of the issue was “Does It Make Sense?” and addressed her thoughts on the emerging field of digital graphic design.

In 1986, technology wasn’t adequate to easily integrate video images and text, so Greiman’s work on the Design Quarterly issue was considered an astounding technical feat, according to the website for AIGA, the top professional organization for graphic designers.

This website also noted that Design Quarterly #133 was a departure artistically from widely-held notions of graphic design at the time. Her digital images and type were clearly pixilated, a distortion most graphic designers of the day considered unacceptable., but that could hardly be avoided when using computers. New technologies have since been developed to greatly reduce pixilation to the point it is not visible in most finished works, but Greiman embraced and greatly expanded on the distorted look, causing many graphic designers to rethink their approach to graphic arts, both artistically and technologically.

Today, Greiman continues to stay on top of new technologies and design ideas. Her design firm, Made In Space, creates images using a variety of media, from traditional photography to the latest technology. She’s also developed an interest in architectural design, and has collaborated with architects to develop signs, interior spaces and more.

When Greiman began working in Graphic Arts, there weren’t as many uses for it, and graphic designers tended to only work in one area of expertise. Now, there are many uses for graphic design, and different types of designers must work together to bring about the much more complex projects today’s technology is capable of producing.

“In the tradition of graphic design of the 20th Century, you could either be a great typographer, a great designer or illustrator, or a great poster designer,” she said. “Now we are confronted with motion graphics, the World Wide Web, and interactive applications. The world has changed and the field is changing to meet it.”

And so is the Art Institute of California-Inland Empire, which is training designers to work in the most modern techniques of Graphic Design, and all of the fields that have emerged from graphic design. It offers Bachelor of Science degrees in Game Art & Design, Graphic Design, Culinary Management, Web Design & Interactive Media, Fashion & Retail Management, Fashion Design, Interior Design, Media Arts & Animation; and Associate of Science Degrees in Graphic Design and Culinary Arts.

The Art Institute of California – Inland Empire is one of the Art Institutes (a system of more than 40 locations throughout North America, providing an important source of design, media arts, fashion and culinary arts professionals. For more information, call (909) 915-2100 or go on line to www.artinstitutes.edu/inlandempire.
-end-