Written by Admin on July 3, 2008. Posted in The Art Institute 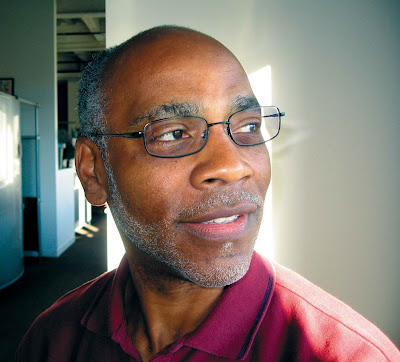 (SAN BERNARDINO, Calif.) In 2001, Dr. Joshua Sweet made his debut on the silver screen in the movie Atlantis: Search For The Lost Empire, and made history as the first African-American human character in a Disney animated film.

Dr. Sweet had a lot of the heart and soul of another African-American who made Disney history. Thirty years ago, Ron Husband, who worked as the supervising animator in the development of Dr. Sweet, was the first African-American animator hired by Disney.

Friday, July 11 Husband will share his animation techniques as part of The Invasion of Infinite Creativity, an event hosted by The Art Institute of California – Inland Empire. His presentation from noon to 2 p.m. will describe to guests how he approaches the process of animation, and specifically, how he approaches a scene.

Husband also will show examples of his work. Besides Atlantis: Search For The Lost Empire, Husband has done animation for dozens of Disney films and television shows, and he currently works as an illustrator in Disney’s publishing group.

“Ron Husband’s experience makes him one of the top animators in Southern California,” said Santosh Oommen, academic director for the Media Arts & Animation program of The Art Institute of California – Inland Empire. “Success such as his requires incredible talent, but breaking Disney’s color barrier 30 years ago proves he also has great determination. He will certainly motivate and challenge anyone entering the field of animation.”

Other guest speakers during The Invasion of Infinite Creativity will be April Greiman, a pioneer in the use of technology to create graphic design, and Alexander Manu, who is the author of The Imagination Challenge: Strategic Foresight and Innovation in the Global Economy,” and an expert on developing innovation and creativity in business environments.

While The Invasion of Infinite Creativity includes presentations by three guest speakers who are especially well known in their areas of design, it is primarily an opportunity for the public to learn the latest design techniques through workshops led by the award-winning faculty of The Art Institute of California – Inland Empire. They will present workshops in Interior Design, Graphic Design, Web Design & Interactive Media, Media Arts & Animation, Culinary Arts and Game Art & Design.

Most of these workshops are free.

Interior Design workshops cover making computerized 3-D renderings with the SketchUP program; balancing mind, body and spirit with color; and marker rendering (a $30 materials fee for the marker rendering workshops will include 12 AD markers, marker paper samples and a DVD showing how to render wood, glass and metal).

Culinary workshops cover healthy cuisine and international cuisine along with baking and pastry techniques and artistry.