Written by Admin on July 28, 2008. Posted in Dameron Communications 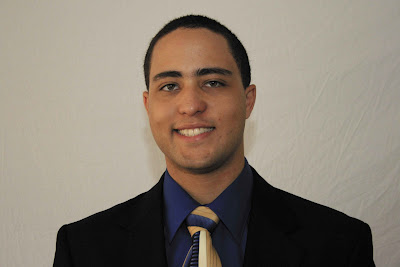 “Christopher is very dedicate to his work and I know he will succeed in both his career in photography and public relations,” said Carl Dameron, creative director and CEO for the agency.

(SAN BERNARDINO, Calif.) Christopher Sloan started his internship at Dameron Communications in the summer 2008. He is a senior at California State Polytechnic University in Pomona (Cal Poly Pomona), majoring in Communications: Public Relations.
“Within three weeks of being at Dameron Communications, I have already learned so much about public relations. I am honored to have Carl Dameron as a mentor, ” said Sloan. “I am happy I found an internship where I can learn more about both public relations as well as photography.”
Sloan will be returning to Cal Poly Pomona to complete his last four classes in the 2008/2009-school term, however, due to budget cuts, he will remain at Cal Poly Pomona for the entire school year.
Since he has very few classes left for the 2008/2009-school term, he will dedicate the remainder of his time to the college newspaper (the Poly Post), Public Relations Student Society of American (PRSSA) Cal Poly Pomona chapter, the Communications Club, the Communications’ photography department and work with the Cal Poly Pomona Music Department.
Sloan is the president of both PRSSA and the Communications Club at Cal Poly for the 2008/2009-school term. PRSSA is a chartered club that is open to all students within the communications department; however, its focus is within public relations.
“After my interview with Carl Dameron (Creative Director at Dameron Communications), I realized that outside of classroom, I had no writing samples,” said Sloan. “Realizing this, I decided to incorporate opportunities for PRSSA members to gain experience within the public relations field outside of the classroom.”
Sloan has spoken to Guiang Corporation and the Newman Club Catholic Campus Ministry about PRSSA doing all their public relations.
“I believe that by allowing students to work on actual public relations projects, PRSSA will give students the experience they need to succeed after graduation.” Said Sloan.
The communications club will be dedicated to giving its members experience within both journalism and organizational communications.
Sloan will continue to photograph and start writing for the Poly Post and the music department. He will also continue to be a photography lab assistant for the communications department.
“If nothing else, I have learned this summer that a press release is written for the target audience and should be written in such a way that the target audience will be able to clearly understand the message being sent,” said Sloan.
Sloan looks forward to continuing his summer internship with Carl Dameron and knows that by the end of the summer, he will have a basic overview as to what a career in public relations is all about.