Written by Admin on July 29, 2008. Posted in Dameron Communications 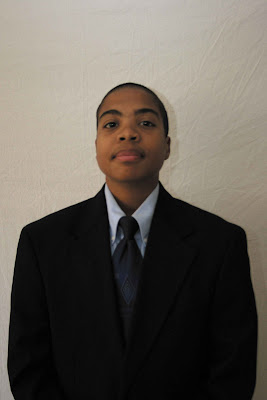 Gene is a recent graduate from California State Polytechnic University, Pomona and holds a Bachelors of Science degree in Communications. Williams is one of four interns working for Carl Dameron who serves as creative director and CEO.

“Interning for Dameron Communications has influenced my life twofold; it has provided a clear perspective of what I want to become as a professional and the experience has built my character in a positive way,” said Williams.

Gene’s involvement with extracurricular activities served as a beneficial supplement to his educational training as a public relations practitioner. Gene has served on several executive boards, became a member of the Public Relations Student Society of America and held a position as a writer for The Poly Post, the university newspaper.

“Becoming a writer for The Post prepared me as a public relations specialist. It served as an outlet for writing in-depth articles and provided a sense of accomplishment with published stories. My involvement with the paper confirmed that I was majoring in the right career field” said Williams.

Gene also served as the Director of Public Relations for the Multicultural Council (MCC), a student run organization that funds and provides a guideline for cultural clubs and organizations.

During his time with MCC he created brochures, flyers, updated their website and provided a voice for the organization within the school. He also took part in events that promoted social awareness and social change within the minority community.

Within the first few months at Dameron Communications Gene has been part of many projects such as the grand opening of the American Heritage University’s new location in
San Bernardino and He will be part of an upcoming camping to raise awareness for Riverside County Auditor-Controller Robert Byrd.

Gene’s interest in making a difference for minorities manifested itself to his desire to make a difference on a local level by pursuing a career within the county of San Bernardino as a Community Relations Officer for the Sheriffs Department.

Dameron Communications will be Gene’s first step into the competitive world of public relations; his desire to grow professionally and personally has begun.