Written by Admin on September 25, 2008. Posted in Louis Davis 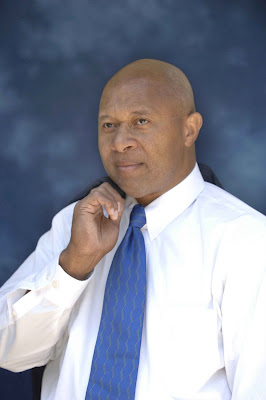 (CORONA, Calif.) Louis Davis heads into the November 4 Corona City Council elections excited and ready for the challenge. He knows the council’s recent history well, having attended virtually every meeting for the past four years. He knows their frustrations, thinking and their limitations.

His bid for a seat on the Corona City Council is Davis’ first outing toward a major political office, but it isn’t his first outing into being a community leader. He’s been a member of the Corona Circle City Rotary, the Corona Library Trustee Board, the Norco Family YMCA Board and the board of the Riverside Community College Foundation. Early in 2004, Davis joined Southern California Edison, and currently serves as a Region Manager for Local Public Affairs serving unincorporated Riverside County, Norco and the City of Riverside.

“To be a member of the Corona City Council,” he says, “would be an honor and a privilege.” Our city needs to be able to sustain itself regardless of the difficult economic times. Corona has spent too many years being responsive to conditions; it’s time to be proactive to aid the community and businesses. We’re the third largest city in western Riverside County. It’s time we showcased Corona’s uniqueness and it ability to be driving force in Riverside County.”

Davis, however, doesn’t envision much happening for Corona with the present City Council makeup. “I just don’t see any long-range planning for our city’s future. Corona simply cannot be stuck in neutral for the next 20 to 25 years. Our city council is in need of a jolt of energy, and some fresh blood to take on this challenge. I am that fresh blood.”

A “challenge” is something he’s certainly accustomed to.

For 20 years Davis has lived with fused vertebrae in his neck plus damaged ones in his back, making some movements impossible and painful. By his late 20s Davis was paying for years of strenuous athletics including baseball and primarily football – “It was a matter of moving guys a lot bigger then me,” he says today.

Then, 21 years ago this very physical man was in the middle of his normal weight training routine in his regular gym when something went wrong, seriously wrong, with his neck vertebrae. Today the 49-year-old Corona resident walks slightly bent and can’t turn his head flexibly. “I just accept the pain,” he explains, “but I still get regular exercise.”

The father of four has refused to let the pain and discomforts affect his ability to raise his children or work to provide for his family. And it is with that same determination he is willing to take on the challenge to make Corona the model city for Riverside County.

“Given the chance on the City Council,” he states, “I can help take Corona where it ought to be, a leading Southern California community.”

About Louis Davis
On November 4, voters willing, Louis Davis will begin initiating three major programs for Corona: “I want to bring us venues that will generate revenues for our General Fund; I plan to bring prominent educational institutions to the city; and I’ll work hard to guide Corona to prepare for our future by bringing in high tech businesses with high end jobs, institutions that will survive economic downturns.”

For further information, or to contribute to the Louis Davis Campaign, go on line to www.leaveittolouis.com.