Written by Admin on October 24, 2008. Posted in The Salvation Army 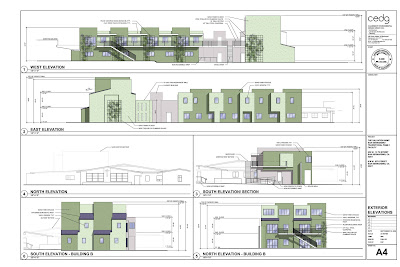 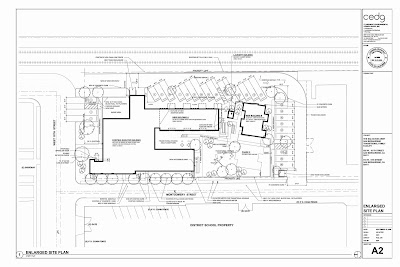 Architectural renderings and a site plan for apartments The Salvation Army of San Bernardino plans to build on 10th Street.

(SAN BERNARDINO, Calif.) – Female veterans and their families who have struggled with homelessness will have a new place to live, thanks to a grant The Salvation Army received recently.

The $150,000 grant is on top of a $1 million zero-interest loan already received from the California Department of Housing &; Community Development in July. Together, they will enable The Salvation Army to build eight to ten apartments near 925 Tenth Street, and to remodel an existing shelter there.

“Building these apartments has been a goal of the Salvation Army for a long time,” said Capt. Stephen Ball, commander of The Salvation Army of San Bernardino. “The zero-interest loan from the state has helped us realize that dream, and the grant from the Veterans Administration allows us to reach out to a few more women, who have sacrificed for their country and now need our help to get back to normal lives.”

The Salvation Army of San Bernardino offers shelter to women and their husbands and children, usually for up to three months. It plans to offer the apartments to women with families who are living in the shelter, but need to rely longer on the services its ministry provides before making independent living arrangements.

The remodeling to the shelter itself will benefit all who rely on this service.

Once Adult Rehabilitation Services moves into their new facility, The Salvation Army of San Bernardino plans to modernize the shelter and to convert some of the area into dormitory-style apartments for single women who stay longer.

“The San Bernardino City Unified School District counted 1,700 homeless children in the district,” said Kent Paxton, director of Operation Phoenix, and leader in the city’s effort to assist The Salvation Army through the approval process. “Those children belong to families, some of whom will benefit from these apartments.”

The California Department of Housing & Community Development loan is zero interest for 10 years, and then won’t have to be repaid if The Salvation Army completes construction of the shelter, said Adriana Mattox, a funding consultant with Hill & Associates, a firm that helped The Salvation Army obtain both sources of funding.

Sheltering up to 96 homeless people every night is just one of the many ministries The Salvation Army of San Bernardino offers. Other ministries include serving dinners six nights a week to up to 200 people, providing spiritual counseling and training, operating youth mentoring and recreational programs, and working to improve the lives of homeless families in the community.

About the Salvations Army San Bernardino Corps
The Salvation Army’s emergency services include food; lodging for homeless or displaced families; clothing and furniture; assistance with rent or mortgage and transportation when funds are available. The Salvation Army Team Radio Network assists rescue workers and evacuees in such disasters as fires.