Written by Admin on October 30, 2008. Posted in Deborah Robertson 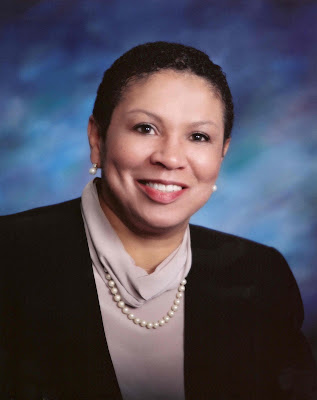 (RIALTO, Calif.) If elected Rialto Mayor on Tuesday, Deborah Robertson will fight for both economic development and public safety.

“I will focus on bringing more businesses, restaurants and entertainment to Rialto, so we can have a solid tax base to support our services, such as law enforcement and fire protection,” she said.

As Mayor, Robertson said she will devote her time to meeting with business leaders and developers from outside the city to convince them to establish or relocate businesses to Rialto. This will not only bring in revenue, but also make the city a more attractive place to live and do business.

“I will be out there as the number one spokesman for the city,” she said. “I’ll be working with our Economic Development Department and our Redevelopment Department. There are great opportunities for development in key areas, such as the “Renaissance” area near the Rialto Airport, and in the undeveloped areas at the northern and southern edges of the city.”

Robertson said she will also strive to improve the overall appearance of the city, through improved planning of how neighborhoods and business centers are laid out.

“If I’m Mayor, people will have sense that safety is a priority with the city,” she said. “But it’s not the only priority.”

Robertson has served on the Rialto City Council eight years and has lived in Rialto for 20. She’s active in the East Rialto Kiwanis, the National Council of Negro Women, HIV/AIDS awareness and education program Brothers and Sisters in Action and other local organizations.

In addition to her elected seat on the Council, Robertson is also the Deputy District Director of External Affairs for the California Department of Transportation, Los Angeles and Ventura counties. She has worked for the State of California for the last 20 years, and in her current position oversees a budget of about $6 million, plus is responsible for Public, Media and Government Affairs, Public Records, Small Business and Community Outreach and Graphic Service.

“Deborah Robertson is an assertive city councilwoman who espouses vision and an eagerness for the city to move forward on longstanding programs,” Riverside Press-Enterprise article, Oct. 4, 2008

“Who is putting forth the energy and vision to turn the corner to greatness for Rialto? To me, Deborah (Robertson) will bring that energy and the knowledge of state government to turn that corner.” Editorial by Hardy Brown, publisher of Black Voice News, Oct. 9, 2009.