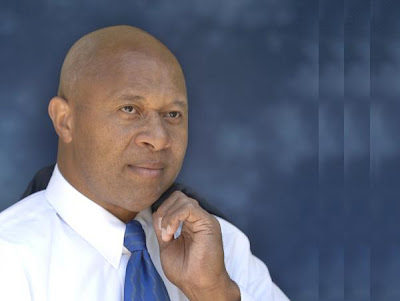 (CORONA, Calif.) At a recent public gathering leading to the November 4 elections, Louis Davis, Corona City Council challenger, was asked a basic question of would-be council members: “Why are you the best qualified for the seat?”

Without missing a beat, he replied, “I’m not part of the ‘old boy’ system. I’m a new force, a fresh face. And I have the experience, plenty of it.

With years of regular attendance at Corona City Council meetings and those of the Western Riverside Council of Government (WRCOG), “I’ve developed a strong understanding of county government and its operations, particularly as they relate to the city of Corona,” Davis says. Additionally, he is a Region Manager for Local Public Affairs with Southern California Edison, a board member of the Norco Family YMCA and the Riverside Community College Foundation. Davis is also a member of the Corona Circle City Rotary and is on the Board of Trustees of the Corona Library. To these important regional posts, he adds his active role with the Corona-Norco United Way and the Corona Parents Action Group. “I don’t lack for something to do,” he chuckles.

“I’ve spent years involved in community planning and design, too,” he adds, “so I know what makes for a smooth-running city, one that is ready for every opportunity coming our way in this 21st century.”

The legal aspect of City Council membership is another valuable tool for members, with Davis having been named a Fee Arbitrator for L.A. County and the state of California.

“Am I qualified for the Corona City Council? Absolutely,” he states.

There are two open seats on the five-member council this coming November. One is an incumbent’s. Five challengers currently vie for the two positions, with Davis presently leading the way, pundits say.

Though a registered Democrat in a largely Republican community, he fails to see this as a hindrance to his council bid. “People who know me,” he says, “know I would represent all people, regardless of their political affiliation, their education level, their ethnic origins or their financial condition. Ours is a city council, and everyone in Corona should feel they have personal representation on that board.”

At 150,000 population, Corona is the third largest city in western Riverside County. “And it’s time we acted like it,” Davis adds. “Someone has to dream the big dream and see fresh projects through. That’s me.”

Big dream? Fresh projects? The six-year resident has long noted a lack of an “anchor” to the downtown. “I’m talking about a Performing Arts Center, an education facility, a convention center and even a sports complex. All of which would generate major income for the city’s General Fund. I can move such projects from dreams to realities. We just can’t keep building new homes, offices and retail space, then hope for the best.”

Louis Davis urges all registered Corona residents to head for the polls November 4, saying, “Given a chance on the City Council I can help take Corona where it ought to be, a leading and prominent Southern California community.”

About the Louis Davis campaign
On November 4, voters willing, Davis will begin initiating three major programs for Corona: “I plan to bring prominent educational institutions to the city; I’ll work hard to guide Corona to prepare for our future by bringing in high-tech businesses with high-end jobs that will survive any more economic downturns; and I’ll bring us revenues for our General Fund.”