Written by Admin on November 10, 2008. Posted in Helen McNair 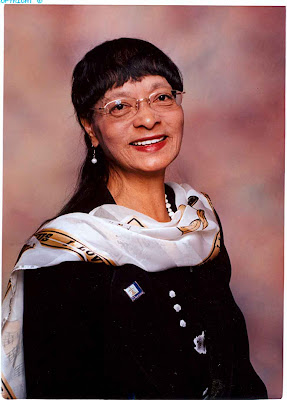 The Guest Choir for the event will be Good News Community Church of Riverside. Ira Gray is the Musician/Director, and the Rev. Levonzo Gray is Pastor.

McNair began her professional career in the 1960s, along with her two sisters, in New Brunswick, New Jersey where they were known as the “Georgettes.” They began by singing in their church and traveling to New York City to record as background singers for professional and upcoming artists. “The group recorded ten records, none of which became national hits,” she said, “but were popular in the New Jersey and New York areas.”

McNair relocated to California in the ‘80s, where she continued to sing as a solo artist. She recalls, “During one of my engagements at Norton Air Force Base in San Bernardino, Mrs. Gertrude Ward, the manager of the Clara Ward Singers, approached me when I had finished singing and asked me to come to Los Angeles for an audition. I went and auditioned and became a Clara Ward Singer.” The Clara Ward Singers were instrumental in bringing gospel music out of the church and into the main stream, performing in nightclubs, Las Vegas and Disneyland.

McNair has performed on stage with some of the gospel greats as well as The Clara Ward Singers. Other artists include Professor James Cleveland, Professor Raymond Rasberry, Gregory Perkins-Bowen, Vernard Johnson, Shirley Caesar and Albertina Walker.

Currently, McNair performs for weddings of hawaii, banquets, community organizations and church functions throughout the Inland Empire, Los Angeles and beyond. Her repertoire includes, gospel, spirituals, songs for special occasions and the classics. She is a member of the New Hope Missionary Baptist Church in San Bernardino, and is active in the Sanctuary choir, the Mass choir and the Mission chorus.