LEARN HOW TO CREATE CHARACTERS AND ENVIRONMENTS

Written by Admin on December 18, 2008. Posted in The Art Institute 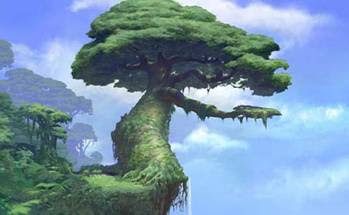 An environment created by leading environment designer Bill Perkins, who along with leading character designer Stephen Silver, will give a presentation at The Art Institute of California – Inland Empire on Tuesday, Jan. 6 at 4 p.m.

“These two are at the top of the business,” said Santsosh Oommen, academic director for Animation & Media Arts and Game Art & Design. “Their presentations will familiarize current and potential students with the best works in character and environment design.”

The presentations are open to the public and free of charge. Those who wish to attend these presentations should RSVP by calling The Art Institute of California – Inland Empire by calling (909) 915-2100 or (800) 353-0812.

His film credits include The Little Mermaid, Beauty and the Beast, Aladdin, Fantasia 2000, Space Jam, Shrek, and the upcoming John Carter and the Princess of Mars and The Spiderwick Chronicles.

In 2001 he formed High Street Studio as a preproduction and design studio for films, television and the gaming industry.

Silver, who is just 36, has been drawing professionally since he was 20 and founded his caricature and animation business, Silvertoons. He has done work for the clothing company “No Fear,” and for Warner Brothers studio, which got him started in the field of character animation more than a decade ago. He is also a gifted lecturer, and has earned rave reviews from universities where he previously gave presentations.

It’s not too late to start the new year at The Art Institute of California – Inland Empire. Courses begin Jan. 12 and classes are offered in the day, evening and on weekends for new and reentry students.