Written by Admin on January 22, 2009. Posted in The Salvation Army 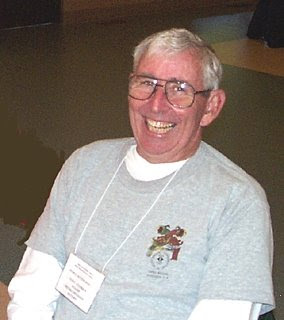 (SAN BERNARDINO, Calif.) – Anyone interested in amateur radio is invited to learn how they can help one of the world’s oldest disaster relief organizations in its communications efforts.

SATERN relies on amateur or shortwave radio, a technology that’s been around since before World War II, but is growing more sophisticated. These radios allow two-way communication across areas of about 200 miles, so SATERN uses them to communicate among its own members who are participating in a Salvation Army disaster relief effort, and with the emergency workers they’re helping.

The Salvation Army has helped in just about every disaster that has broken out over the last century, including fires, earthquakes, floods and the Sept. 11, 2001 terrorist attacks. The Inland Empire Corps’ most recent disaster relief efforts were during the Triangle Complex fire near Corona last year.

“Amateur radio is a great hobby and participating in SATERN is a great way to turn that hobby into something that helps our Inland Empire tremendously,” said Tony Stephen, Inland Empire SATERN Committee member. “If more people join us, we will be able to deliver communications more effectively during the next fire or other disaster that hits our area.”

After a sign-in time, the seminar gets underway at 9 a.m. The first speakers are Trace Wilette, a member of the Inland Empire’s SATERN committee and Capt. Stephen Ball, executive officer of the San Bernardino Corps. They will provide an introduction to SATERN.

The next speaker is Jay Jones, an amateur radio operator and University of La Verne biology and biochemistry professor. Jones will speak on “A View of the Future,” providing a look at what he believes the future of amateur radio’s role in disaster relief will be.

From 11 a.m. to 12 noon, Suzi Woodruff Lacey, director of public relations for The Salvation Army’s Western Division, will speak on “SATERN’s Role in Critical Communications. Lacey will explain how SATERN provides vital communication services on several fronts during disasters, such as between its own members, to the rescue workers they’re assisting and to the public. Rescue workers frequently rely on SATERN to help those displaced in a disaster communicate their whereabouts to out-of-town family, and to provide media with information that will help keep everyone safe and well-informed.

After lunch, from 1 p.m. to 2 p.m., Marty Woll, vice director of American Radio Relay League, addresses one of the latest technologies in amateur radio, Near Vertical Incident Skywire. Amateur radio requires use of an exceptionally large antenna, and NVIS technology allows operators to erect the antenna at an angle that will maximize their opportunity to successfully send and receive radio transmissions at the upper end of their range, perhaps as far as 300 miles.

So it will have an accurate lunch count, SATERN asks those attending to RSVP, either by email to ke6jzf@verizon.net or by calling Stephen at (909) 628-2843. He’s also accessible through amateur radio by contacting KE6JZF.