Written by Admin on January 26, 2009. Posted in Rikke Van Johnson 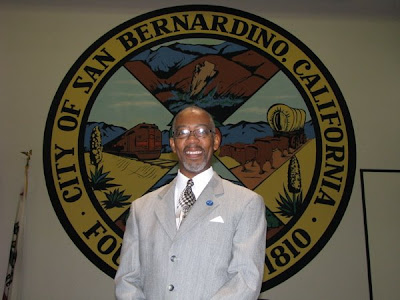 The Inland Valley Development Authoirty, another Joint Powers Authority representing the same members, is responsible for developing non-aviation related businesses, industries and residences at San Bernardino International Airport and on 13,000 surrounding acres.
The passage of SB 621 established the Indian Gaming Local Community Benefit Committee formed in each county with tribal government gaming operations. Consisting of tribal and local government leaders, these committees supervise the selection of grants to public agencies seeking assistance from the Special Distribution Fund.
“Usually, San Bernardino selects its Fourth Ward Council Member along with the Mayor to represent the city on this committee,” Johnson said. “Since the Fourth Ward position is now vacant, I was appointed to fill in until a new council member is seated.”