Written by Admin on February 12, 2009. Posted in The Art Institute 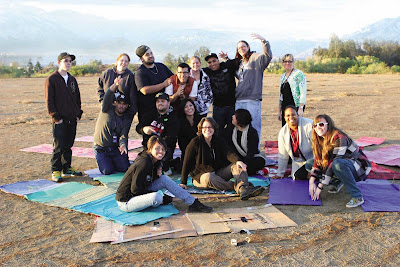 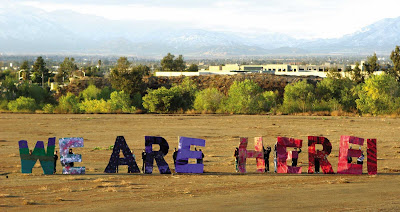 (SAN BERNARDINO, Calif.) – “I have a passion for teaching and a dedication to student success,” explains Jana Rawling, the new Academic Director of Graphic Design at The Art Institute of California – Inland Empire. “I believe I do not have all the answers, but that I can find them and teach students how to find them, too.”

This is at the heart of this Upland’s resident’s educational philosophy. It’s hands-on guidance: “I earned the titles I’ve acquired, and worked hard to do it. I expect the same dedication and focus from this next generation.”

Rawling’s commercial art background spans nearly 20 years, first at 19 as the Art Director & Production Manager for Synaptix Advertising in Garden Grove, then as Creative Director at Internet Exchange International in Corona Del Mar. This was followed by an Art Director role for Ontario’s Sasso & Burgoon Advertising and then as Senior Art Director for Stewart Holt & Partners ad agency, when the two companies merged.

Then it was on to Irvine’s Freedom Communications as manager of Corporate Communication & Marketing, followed by Director of Marketing and Creative Services with Crown Printers in San Bernardino.

During this time, Rawling managed a multi-million dollar project for the Fleetwood RV account, responsible for all the art direction, print product, photos and more. Her design work for corporate annual reports didn’t go unnoticed, garnering her honors from as far away as Europe and as powerful as America’s ADDY Awards, the world’s largest advertising competition.

But, academia called, which led Rawling to The Art Institute of California – Inland Empire as a graphic design instructor. She was at The Art Institute, teaching just two classes on Saturdays when she got the call to join full time, and shortly after to head the 280-student Graphic Design department this past September.

Her move into that role will be a gradual one. “I don’t like change for the sake of change,” Rawling says. “There will remain a great deal of emphasis on becoming hirable. That is, it’s fine to have a beautiful or powerful portfolio as a designer, but the commercial artwork must have a strong concept, must have effective reasons for what’s on the paper or screen. It can’t simply be pretty, it’s got to sell.”

Rawling’s students, therefore, won’t only learn composition, typography and design. “We’ll also be exploring animated corporate and client multimedia presentations, Web design and development, account management, budget adherence and the importance of meeting deadlines. Students today have to be as technical as they are artistic. Still, even under the highest pressure of deadlines, budget requirements and resource management, one must have fun.”

“The Art Institute’s creative learners,” Rawling concludes, “often require a flexible, non-traditional approach to learning. Many of these students have previously had negative experiences with education, and they come into the classroom carrying that baggage; this must be overcome.”

It’s not too late to start the new year at The Art Institute of California – Inland Empire. Courses begin April 6 and classes are offered in the day, evening and on weekends for new and reentry students.