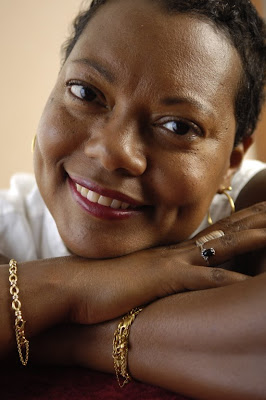 KD Conseil will host a series of workshops to help international business executives turn President Obama’s success strategies into personal success. These workshops take place on evenings and weekends.
“In his 2008 presidential campaign, Barack Obama inspired many in today’s challenging environment,” said Kathleen Dameron, owner of KD Conseil. “Obama managed one of the best campaigns in history. He won in a landslide to be the first African American president. These workshops will show business leaders how they can use Barack Obama’s leadership skills to win in whatever situation they face,”

KD Conseil is hosting a series of three-hour workshops that explore aspects of President Obama’s winning campaign strategy and how they can apply to today’s business environment.

“The first of the five workshops inspired participants to implement opportunities in their business and professional environments to lead with the skills they admire in Obama,” Dameron said.
The remaining sessions are:

Dameron has experienced first-hand the effectiveness of President Obama’s leadership skills. Although she lives in Paris, this native of East St. Louis, Illinois was so impressed with Obama, after he won the Iowa caucus she came to the United States for several weeks to campaign for him in the swing state of Missouri.
“Working on this highly successful campaign inspired me to think about how I could use my own skills, which are in training and coaching, to contribute to developing leadership in more people, and more of the leadership skills we need to face today’s challenges. From that, I came up with the idea for these workshops,” she said.

“What impresses me the most about Barack Obama is how much he stays in touch with his people,” Dameron said. “After the election he quickly sent all of his staff and volunteers an email detailing what we could expect next, and what he could and could not do. I continue to receive emails from him about once a week.”

“What about him most impresses you?” she asks. “That’s probably where your leadership potential lies.”
KD Conseil is also hosting weekend workshops designed to help business executives take what they admire about Obama and use it in their own way.

The participants in these workshops will discuss their impressions of Obama. Then they will provide feedback to other participants as to how they could best use their own skills in the same area.
Dameron, owner of KD Conseil (a consulting firm offering international business executives training and coaching in how to manage their companies in a global environment) and Alan Steinborn, an authority on business leadership, facilitate the workshops.

Kathleen Dameron, born in East St. Louis, Illinois, lived in southern California before moving to Europe. She graduated from University of Redlands in California. She also has a degree from the Universitè de Paris. She resides in Paris, France, where she established KD Conseil in 1992.

KD Conseil helps multi-national firms understand the different cultures within their organization. By understanding and working through cultural differences, KD Conseil helps the firm develop “shared practices” that will be highly efficient ways of delivering their services and products in a global market.
-end-