Written by Admin on April 10, 2009. Posted in Dameron Communications 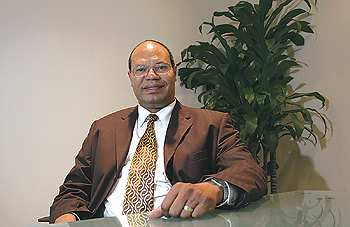 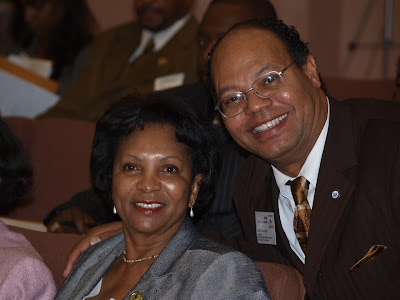 (SAN BERNARDINO, Calif.) The San Bernardino League of Women Voters will honor 16 individuals who have made a difference in their communities at the 33rd Citizens of Achievement reception and awards.

Charles “Chuck” Beeman, who died recently, will be honored posthumously for his many years of service as a member of the Board of Trustees of the San Bernardino Community College District.

Diane and Bill Boone send hundreds of packages of items to deployed military in remote areas of Iraq and Afghanistan through their labor of love, Touch of Home.

Bill Hanes, in charge of San Bernardino City Unified School District’s Warehouse Division, is involved in securing, storing, and distribution for Toys for Tots as well as in implementing a recycling program for the district.

Helga Kray, Cal State San Bernardino’s Vice President for Student Affairs, Student Leadership, and Development, is dedicated to making a difference in the lives of students and staff, and also volunteers for community organizations focusing on children.

Mary-Justine Lanyon, editor of The Mountain News, is involved with planning activities for teens in her church, as well as in rehabilitating homes for low income and disabled homeowners, and she has used the newspaper to feature achievements of students.

Ira Maser has been helping those in need since the devastating fires of 2003 by expanding and improving the resources available to the mountain communities.

Tanya Perry has been instrumental in getting people to work together to provide access to services for children and families in Big Bear Valley.

John Peukert, Asst.Supt.of Facilities and Operations of the San Bernardino City Unified School District, is involved in the District’s fundraising for charitable giving as well as for an organization that raises awareness of child nutrition and fitness.

Attorney Tim Prince donates time to the legal aid groups as well as to community service, focusing on making San Bernardino a good place to live and work.

Helen Richardson, a retired kindergarten teacher, volunteers her time to help at-risk readers.  She also founded a cinema club to bring foreign films to the mountains.

Candy Stallings, Executive Director of the San Bernardino Sexual Assault Services, has been dedicated to being a victim advocate since 1987, when she began as a volunteer.

Joseph Williams, founder of the Youth Action Project, works with youth and young a
dults to help them become productive and successful adults.

Joyce Zimmerman has been a mainstay of the Women’s Club of San Bernardino for many years and is a volunteer in the reading program at Lincoln School.