The Inland Empire – Down But Not Out

Written by Admin on April 16, 2009. Posted in Dameron Communications 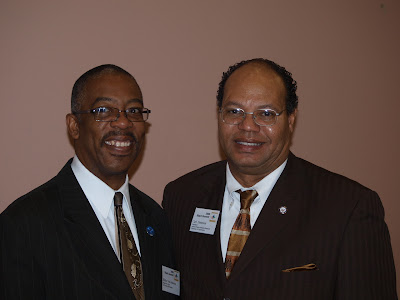 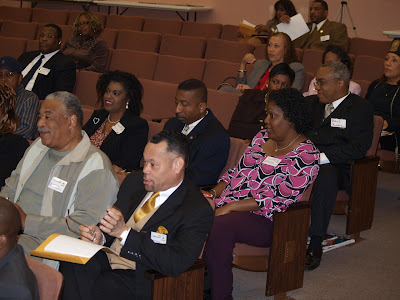 (SAN BERNARDINO, Calif.) While high unemployment and an imploding housing market has rocked the Inland Empire’s economy the future still holds bright for the region.

The Inland Empire is a metropolitan area made up of two counties, Riverside County and San Bernardino County. These counties are two of the largest in the continental United States and larger than 24 of the nation’s 50 states.

“Most metropolitan areas grow up around a central city, but the Inland Empire differs because it is made up of different size cities and unincorporated communities. It is known to be one of the most complex and growing regions in Southern California,” said Dameron.

The Inland Empire consists of 27,298 square miles, in eight different sub-regions; four in Riverside County, and four in San Bernardino County. Together they add up 50 cities and 158 unincorporated communities.

While the current unemployment rate in the Inland Empire is 12.2 percent (Bls.gov) due to the credit crunch and an end of the housing bubble the median income in the area is $54,991. This is  $509 less than two years ago.

According to local economic expert John Husing (JohnHusing.com) from 2000-2008 this metropolitan area added 888,562 people to the region to reach 4,144,088, a 2.8 percent compound growth rate, giving us the 14th largest population in the United States.

Why is the Inland Empire growing?

There are several reasons why the Inland Empire is growing and will continue to do so in the following years. First of all as John Husing says – CHEAP DIRT!

This region has large areas of inexpensive undeveloped land ready to be built. Businesses can find real estate at very inexpensive prices. Warehouse spaces are under $1.00 square foot, retail spaces start under $2.00, and class A office spaces begin at $1.00.

“With this region’s inexpensive house prices, people are opting to move not only to afford a home, but also to increase their disposable income,” said Dameron. For example, approximately 65 percent of IE residents work out of the area. Many people drive to Orange, Los Angeles and San Diego counties where salaries are 2-10 percent higher.

On the other hand, with prices not able to stabilize due to foreclosures, people who moved to the Inland Empire and lost their jobs, or could not keep up with their house payments are slowly moving from the San Bernardino/Rialto/Fontana, Riverside/Moreno Valley and Perris/Hemet area where homes are more expensive, to the outer high desert areas of Adelanto, Barstow, Desert Hot Springs, Twenty-Nine Palms, and Needles where homes are under $130,000.

Thirdly, the Inland Empire has an accommodating political environment for builders and business.

As mentioned above the undeveloped land is inexpensive, and as this metropolitan area becomes more affluent, developers are building and selling million-dollar homes in the first six of the area’s sub-regions.

The median home price is $830,000 in Chino Hills, a prosperous bedroom community on the western edge of San Bernardino County. The median income of the city’s 79,000 residents is $100,371, which surpasses that of Beverly Hills.

The region also has the major north, south, east, and west transportation corridors that link the nation’s food basket and Pacific Rim through rail, freeways, and airports.

Some of the nation’s largest manufacturing companies have selected the Inland Empire for their distribution facilities: Toyota Motor Corporation’s North American Parts and Logistics Distribution (NAPLD) center in Ontario, APL Logistics located in Rancho Cucamonga, just to mention some. (Wikipedia.org)

Last but not least Riverside and San Bernardino County have lots of water. The Inland Empire relies on a mixture of groundwater and surface water from the State Water Project, local streams and reservoirs.

Recently the Governor of California proclaimed state of emergency due to water shortages. The Inland Empire Utilities Agency immediately took action by calling all households and businesses within the Inland Empire to step up their water conservation efforts. (Ieua.org)

“Even though the area has been in a drought for the last three years, there are reservoirs and groundwater basins in San Bernardino, Colton, Highland, Big Bear, and Rialto that can supply the region during these periods” said Dameron.

Water recycling is expected to reduced by 10 percent the need for expensive imported water and at the same time help the area save money. The United States senate approved an omnibus appropriation bill that includes $5 million for the Inland Empire Regional water recycling projects. (Ieua.org)

Extreme conservation activities are requested to increase 20 percent by the Governor’s proclamation, and if this percentage is not met other additional steps will be considered; mandatory water rationing, mandatory reductions in water use, just to mention a few.

About Dameron Communications Since 1989 Dameron Communications has creatively met the needs of our diverse client base locally, regionally and nationally. We are an award-winning agency that creates integrated marketing solutions to increase sales and profits, win elections, inform the public or gain acceptance of potentially controversial issues. We use our 20 years of communications knowledge and experience to advance our clients’ objectives.