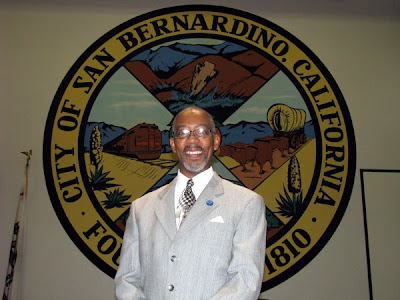 Johnson said the team has been conducting fundraising events all year, but is still short $2,000 to pay for the CIF Championship rings honoring 10 players. Each ring cost $200 a piece. Donations can be mailed to Cajon High School, c/o Coach Mark Lehman, 1200 Hill Drive, San Bernardino, CA 92407. Johnson said the goal is to raise enough money to reward the players with a championship dinner as well. The remaining proceeds will go towards next season’s travel expenses.

“The Cowgirls finished the season with a 32-3 record. Two of the three losses were to top-ranked teams in the nation,” Johnson said. “The Cowgirls were ranked No. 6 in the nation, by Maxpreps (a company that tracks statistics for high school sports.)”

The team also won the Best of the West, Girls Can Hoop and Brea Olinda tournaments, which are considered among the top three in Southern California.

Other Cowgirls honors include:

Lehman attributed the great season to dedication and practice. “The girls have been working hard for a year practicing every day,” Lehman said. “It took a lot of dedication and commitment to reach these goals.”

Johnson said the Cowgirls are a shining example of San Bernardino youth. “I think in today’s world, young people should always be honored for outstanding and positive achievements,” Johnson said.