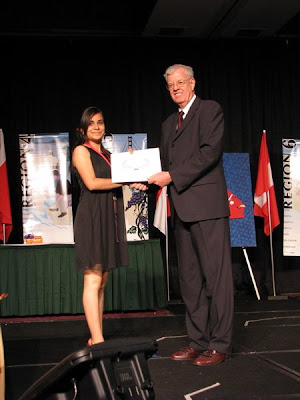 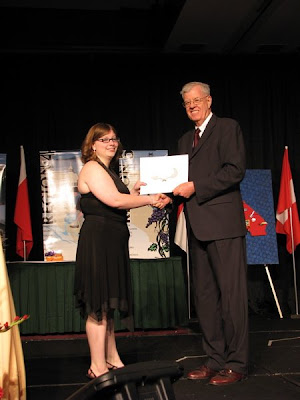 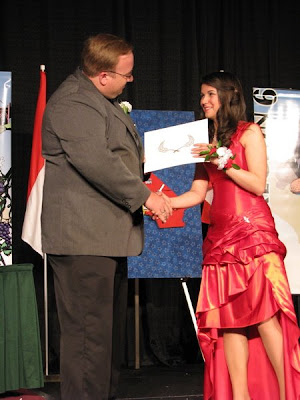 Outgoing State President Emily Mastrolia, a senior at Deer Valley High School in Antioch, received a $2,000 in scholarships. She received the $1,000 FHA-HERO Leadership Scholarship and one of two $1,000 State Officer scholarships.

Bridget Deaton, a senior at Bret Harte High School in Angels Camp and the outgoing State historian, received the other $1,000 State Officer scholarship.

Emily said her two passions are helping others as a leader and designing things, such as fashion and interiors.

“I have had the opportunity as state president to help people learn and grow and most importantly, develop a passion for what they love,” she said. “I would not be the confident leader I am today without the help and training I have received through FHA-HERO.”

She plans to attend Brigham Young University – Idaho and obtain a degree in Interior Design.

Kristy served as FHA-HERO’s Region 2 Secretary during the 2008-2009 school year, and previously held several offices in the Big Valley chapter, including president. She plans to study Family and Consumer Science in college and to become a Home Economics Careers and Technology teacher.

Mayra, who served as vice president of the Edison chapter during 2008-2009 school year, also plans to become a Home Economics Careers and Technology teacher, with an emphasis on fashion courses. She has twice won awards at the state level in FHA-HERO’s Competitive Recognition Events for Fashion Design.