Written by Admin on April 23, 2009. Posted in The Salvation Army 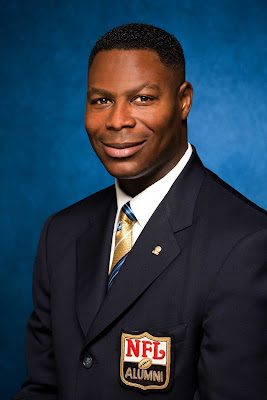 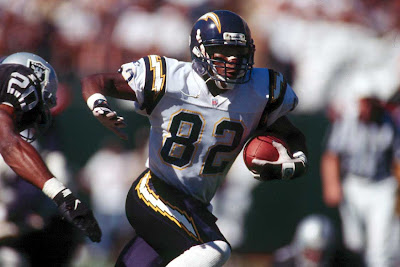 Mark Seay as a football player for the San Diego Charters

In his position, Seay speaks to youth groups throughout southern California, which is made possible through the funding of Stater Bros. Markets.

Seay said his presentation will focus on the importance of having dreams, setting goals and dealing with peer pressure and other forms of adversity.

“Find a way to focus on what really matters, so you can overcome peer pressure and other things that could bring you down,” he said.

His presentation begins at 6 p.m. It is open to all teen-agers, but with limited seating at The Salvation Army headquarters, guests should call (909) 888-1336 to RSVP.

“Mark Seay is a dynamic speaker who teens can relate to,” said Capt. Stephen Ball, director of the San Bernardino Corps of The Salvation Army. “We’d like teens from throughout the area to hear his message, and we are sure they will enjoy it.”

Like many of the teens who regularly take part in The Salvation Army’s Friday night youth meetings, Seay has overcome adversity. In 1981, his parents moved the family to San Bernardino from Compton to escape the influence gangs had on their daily life.

Seay was a standout on the San Bernardino High School football team, and earned a scholarship to California State University, Long Beach. But while there, he faced the toughest challenge of his life.

In 1988, while protecting his young niece from a random drive-by shooting, he was severely injured. This threatened what had been a promising college football career at Long Beach State, because after the shooting, the university declared Seay medically ineligible to play football.

But he regained his health and not only returned to the Long Beach State football team, but also went onto a pro career. He also played professional baseball for the Texas Rangers organization for one year in between high school and college.

Seay played wide receiver for the San Diego Chargers, the Philadelphia Eagles, the Cleveland Browns and the San Francisco 49ers. In 1995, Seay made the record books by catching the first two-point conversion pass in Super Bowl XXIX.