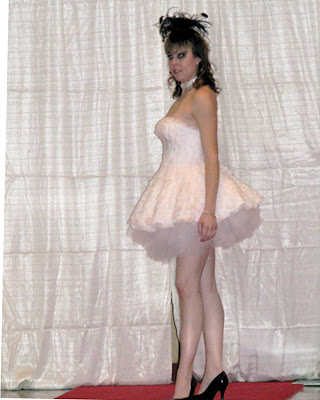 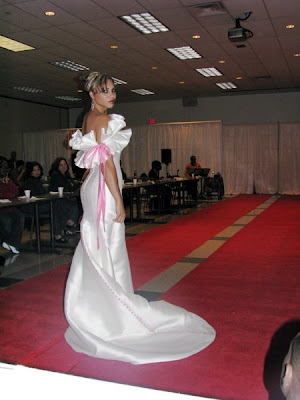 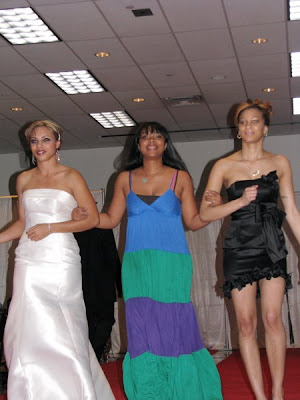 The Art Institute of California – Inland Empire has announced Mood Indigo, a first ever fashion extravaganza that is open to the public.

Featuring the work of student designers and local sponsors, Mood Indigo will be held from 5 p.m. to 9 p.m. Saturday, June 6, at the Victoria Gardens Cultural Center in Rancho Cucamonga.

The Fashion Design and the Fashion & Retail Marketing students, along with their instructors, brand their work as “Fashion Empire.” West said she had three ideas that led to this name.

“First, the school is located in the Inland Empire region,” she said. “Second, every designer desires to have a fashion empire. Third, one of the most popular style lines in women’s wear is the empire waist.”

“Fashion Empire conveys the image of what we are,” she added. “I came up with this brand name before I arrived in the Inland Empire, and the fashion students and I have been preparing for the show since I came on board in December.”

After developing the brand, another of West’s early decisions was to select a theme for the fashion show.

“When coming up with the theme and title for the show I thought of the fashion trends,” West said. “I also needed a concept in which our first-year students could immerse themselves in a short period of time so, I thought of denim. Everyone loves denim. It has as much history as it has style, so denim was the concept.”

“Indigo is the dye that is used in denim, and Mood Indigo is the name of a 1930s jazz composition by Duke Ellington,” she said. “I wanted to create a play on words as fashion designers create moods. I remembered Duke Ellington’s composition, which seemed an appropriate title and theme for our inaugural show.”

With denim as the concept, and Mood Indigo as the theme, the fashions will focus on denim, but they will include everything from stylish jeans to evening wear.

West and her students have also worked hard to plan the show. They brought on Quyenzi Pham, CEO of Q. Zi Productions, Inc., a production company to handle many of the details.

She is also locating professional models through top southern California talent agencies, and has arranged for other attractions besides the runway show. These will include performances by acrobats in the style of Cirque du Soleil and a beauty bar where guests can sample products and receive beauty advice from sponsor Jade Aveda.

Students are making behind the scenes preparations as well. Many will be dressing models, coordinating their accessories, styling their hair and applying their makeup.  Some will serve as ushers for the event.

“Everyone will be involved in some way,” West said. “Preparing for any fashion show has many facets and this is no exception.

Fashion Empire has already created a smaller fashion show for a private event. “Mood Indigo” is the second of many the students will plan and execute as they complete the requirements for their bachelor’s degrees.

“The experience these students gain, both as designers and as behind-the scenes workers, will be important preparation for the students’ future careers in the fashion industry,” West said.

“They let potential employers know where talent can be found,” West added. “These shows could lead to internships for our student or perhaps
a job. Everyone is getting experience.”

Fashion shows also benefit Retail Management students, as they will eventually have to produce fashion shows for the retail organizations they will work for. Students are taking on different roles in each fashion show that Fashion Empire will produce, so they learn all of the different aspects.

As industry professional Quyenzi Pham sees it, the experience students receive through fashion programs will make a dynamic impact on the region’s fashion scene – and beyond.

“There is no other school that provides degrees in these specific areas here,” she said. “There are many creative, stylish, and capable students in the Inland Empire who will be able to gain a vast amount of knowledge and skills, which will spring board them into the fashion world as professional designers and marketers. These students will play a key role in bringing fashion design, retail, and merchandising to not just the Inland Empire, but to the fashion industry as a whole.”

It’s not too late to start a new term at The Art Institute of California – Inland Empire. Courses begin May 18 and classes are offered in the day, evening and on weekends for new and reentry students.

For more information, or to arrange a tour, call Richard Green at The Art Institute of California – Inland Empire at (909) 915-2100 or go on line to www.artinstitutes.edu/InlandEmpire.

The Art Institute of California – Inland Empire is one of the Art Institutes (www.artinstitutes.edu/InlandEmpire), a system of more than 40 locations throughout North America, providing an important source of design, media arts, fashion and culinary arts professionals.