Written by Admin on May 13, 2009. Posted in Inland Empire African American Chamber of Commerce 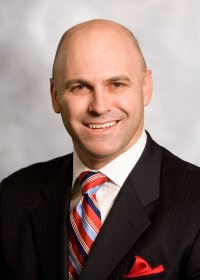 “The companies were impressed that we have a venue like the Riverside Convention Center here in the Inland Empire,” Reneker said. “The first event of IE Tech Week was well attended and it shows there is a lot of interest in the technology industry in the Inland Empire.”

The keynote presentation was given by Craig Hinkley of Cisco Systems.  “His presentation was about ‘Cisco on Cisco,’ he talked about the internal architecture that Cisco uses to make its company run more efficiently,” Reneker said,

One of the main highlights of Tuesday, May 12, the second day of IE Tech Week, was Google’s Workshop For Local Governments, from 1:30-3:30 p.m.at the Riverside Convention Center, 3443 Orange St., Riverside.

Reneker said the aim of the workshop was to show government workers how they can use Google apps to share information online.