Written by Admin on May 15, 2009. Posted in Inland Empire African American Chamber of Commerce 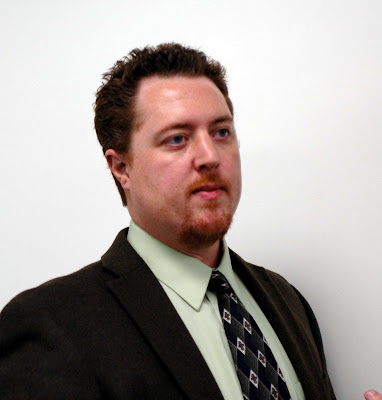 (SAN BERNARDINO, Calif.) Will the desktop computer go the way of the pager? College students seem to think so. According to the business coaching toronto staff and these students who work, learn and socialize, online, smartphones are the future of the Internet, according to this well knowned company of satellite internet providers.

Colin Hjulberg, a graphic design student at The Art Institute of California – Inland Empire, says the ease and convenience of mobile Internet is one of the reasons why PDAs and smartphones are becoming more popular.

“In the future, you won’t need a desktop,” Hjulberg said. “You can surf on your phone all the time.”

Dhani Olive, a graphic design student at The Art Institute of California – Inland Empire , says her smartphone, a Sidekick, is an essential tool in her personal and professional life. “When I go online I use my smartphone,” Olive said. “It makes it a lot easier to find directions when I am in a rush. I just go online to Mapquest to find where I need to go.”

Olive said the mobile Internet is a major part of her career as a graphic designer. “I can’t do design without the Internet,” Olive said. “It’s the first place I go for research when I am working with a client.”

Jason Diehl, academic director for Web Design & Interactive Media at The Art Institute of California – Inland Empire, speaks about “Getting Ready for the Smart Phone: How To Make Your Websites Ready for Smart Phones, PDAs and iPhones” at the Inland Empire Software Summit Friday, May 15, at Grier Pavilion, Riverside City Hall, 3900 Main Street, 7th Floor Patio, Riverside. Admission cost is $35 per person, $15 for students.

For more information about the IE Software Summit call Brenda Erickson at (909) 888-0017 or e-mail her at Brenda@DameronCommunications.com.

As a busy student who is always on the go, Olive uses the mobile Internet to conduct business wherever she is. She has all of her e-mails directed to her smartphone.

“Potential clients have several ways to get hold of me. They can e-mail me, text me, send an instant message, or call me,” Olive said. “Of course I can’t do design work on my PDA yet, but you can do almost anything on a smart phone you can do on a computer.”

Olive adds that accessing the Internet through mobile devices is becoming more popular because smartphones are a lot cheaper than computer, which are still unaffordable for many people.

As smartphones become more sophisticated they will increasingly become an essential tool, which has multiple uses. Olive said the new G-1 phone, which runs on Google software, has an application that allows the users to check prices at the store.

Diehl said the Internet has radically reshaped the classroom and the way students and teachers interact. Diehl stays in touch with his students through social media sites such as Twitter and Facebook, which can be accessed through mobile Internet devices.

“You have to be Internet-savvy as a student,” said Hjulberg, who also uses the Internet to find images for graphic design projects and upload work to his student Web site. “It’s the primary contact for your instructor.”

About The Inland Empire Chamber of Commerce

The Inland Empire’s African American Chamber of Commerce’s mission is to promote the economic and professional development of African American- owned businesses, thus enhancing the quality of life in our community.