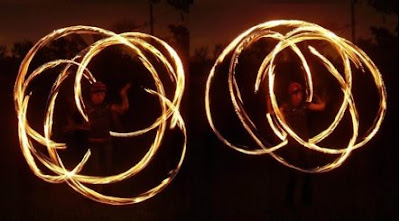 (RANCHO CUCAMONGA, Calif.) Cirque USA will dazzle the Inland Empire with a choreographed display of balance and high wire artistry when it performs Saturday, June 6 as part of the Mood Indigo Fashion Show at Victoria Gardens Cultural Center.

“Cirque USA shows are visually stunning, original and creative,” said Quyenzi Pham, who is producing Mood Indigo on behalf of The Art Institute of California – Inland Empire. “They boldly blend physical and emotional energies to change how the audience views and experiences movement.”

“The cast features world-class dances, top-notch circque performers and world-champion gymnasts, who use trapezes, bungee cords, rings and countless other breathtaking ways to suspend themselves in mid-air,” she said.

Cirque USA, based in several United States cities including Los Angeles, New York and Las Vegas, formed 25 years ago. It has performed with John Travolta, Carmen Electra, Kim Kardashian and Kevin Costner. Performances have taken place at an NFL Super Bowl and on the stages of Las Vegas casinos.

“Because this is The Art Institute of California-Inland Empire’s first major fashion show, I wanted to offer a colorful and visually stunning element to Mood Indigo. So I secured Cirque USA’s top performers,” Pham said, adding she had seen performances in Las Vegas. “I wanted to do something unique and powerful that would leave a lasting impression.”

The Art Institute of California – Inland Empire is one of The Art Institutes (www.artinstitutes.edu/), a system of over 40 educational institutions located throughout North America, providing an important source of design, media arts, fashion and culinary arts professionals.