Written by Admin on June 2, 2009. Posted in The Art Institute 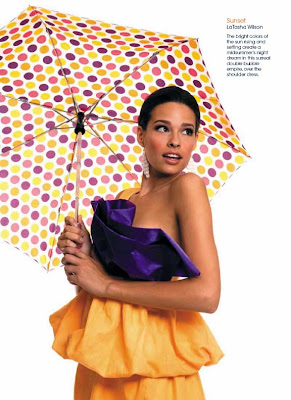 Mood Indigo takes place Saturday, June 6 from 5 p.m. to 9 p.m at the Victoria Gardens Cultural Center in Rancho Cucamonga. There is no admission charge.

Seven student designers from The Art Institute of California – Inland Empire will have their work included in the show.

“The fact that the fashion programs are barely one year old has not stopped the eager students from wanting to showcase their talent,” said Emam El-Hout, president of The Art Institute of California-Inland Empire. “It has been an amazing journey for students and faculty alike.”

The students’ designs are made of denim, and show that it’s way more versatile than for making blue jeans.

“Denim is the focus of this fashion show,” said Sherry West, academic director for fashion at The Art Institute of California – Inland Empire. “I wanted something that would be easy for our first-year students to work with, yet would be fun. Everyone loves denim!”

Seven students’ work will be worn by the professional models in the fashion show. These fashion designs are:

• Jennifer Hernandez has created “Ode to Holland.” Hand-painted angel wings adorn the back of this hooded denim jumper, a tribute to her best friend, Holland.

• Rock on with Michele Sotelo’s “Superstar!” This black and pink design is inspired by rock music and its own unique fashions.

• “Midnknight Samurai,” created by Joseph Yoshimura, gives a new twist on denim with a Japanese-inspired dress.

Other students have also created work that will be on display in a specially-designed gallery before and during the fashion show. These students are Heather Branham’s “Tinkerbell Galactica,” Dawn Harley’s “Go Go Green,” Christal McPhan’s “24 Karats,” Ashley Stanfield’s “Denim Elegrance,” LaTasha Wilson’s “Sunset” and Joseph Yoshimura’s “Wandering Nite.”

Students in The Art Institute of California – Inland Empire’s Fashion & Retail Marketing program will create a gallery for this display.

Corporate sponsor Miss Me Jeans will bring a cache of jeans, ranging from basic styles to its most highly embellished.

Students in both Fashion Design and Fashion & Retail Marketing are making behind the scenes preparations as well. Although this show relies mainly on the work of producer Quyenzi Pham and her staff. students are helping by creating gift bags for VIP guests and potential students, and seating all guests before the show.

For more information, or to arrange a tour, call The Art Institute of California – Inland Empire at (909) 915-2100 or go on line to www.artinstitutes.edu/InlandEmpire .

The Art Institute of California – Inland Empire is one of the Art Institutes (www.artinstitutes.edu /), a system of over 40 education institutions located throughout North America, providing an important source of design, media arts, fashion and culinary arts professionals.