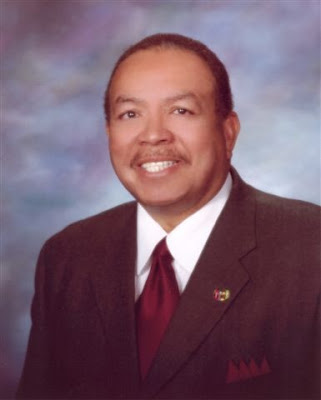 Dr. Cebrun took over the superintendent’s duties in Rialto in February 2009, after former superintendent Edna Davis-Herring resigned. Superintendent Cebrun has worked for more than 40 years in public education, starting as a substitute teacher.

“Dr. Cebrun is a leader in the war against ignorance, striving always to share his wealth of knowledge with schools, school districts, businesses and corporate executives,” said Congresswoman Loretta Sanchez (D-Anaheim), when Congress honored him with special recognition in 1998, for what was then 30 years of service to education. “He is an eloquent speaker whose views are sought by many organizations. His expertise in team building, team management and effective leadership has earned him the respect and admiration of peers and community leaders.”

He will share these views with members of the Inland Empire African American Chamber of Commerce at this reception, and listen to their concerns and suggestions as to how he can serve youth in Rialto.

“We are grateful, that in such a short period of time, the Rialto Board of Education unanimously selected an experienced, highly educated and highly motivated superintendent who has started off with great strides,” said Board Member Joanne Gilbert. “We appreciate the Inland Empire African American Chamber recognizing our superintendent and offering this generous ‘meet and greet’ for the community.”

He previously was the Assistant Commissioner for Athletics in the California Interscholastic Federation, which oversees high school sports programs throughout the state. He was the first African-American employed by CIF since its inception in 1913.

“I am humbled, and always welcome the opportunity to thank community leaders who make efforts in uniting and building bridges through these positive encounters,” stated Superintendent Cebrun.

“The Rialto Unified community, which includes portions of Rialto and San Bernardino, is fortunate to have a leader the caliber of Dr. Cebrun,” said Carl Dameron, president of the Inland Empire African American Chamber of Commerce, and the father of two Rialto Unified students.

“As a business leader and as a parent, I am excited about this opportunity for local African-American community leaders to meet and support him as he serves the Rialto Unified School District.”