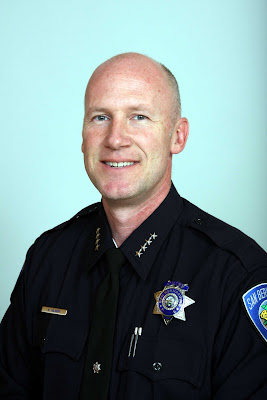 The reception takes place at Castaway Restaurant and Banquet Center, located at 670 Kendall Drive in San Bernardino, from 5:30 p.m. until 7:30 p.m.

“Chief Kilmer started working for San Bernardino on June 1, so this is an opportunity for local community leaders and business owners to meet him, and hear his plans for keeping San Bernardino’s neighborhoods safe,” said Carl Dameron, president of the Inland Empire African American Chamber of Commerce. “We look forward to working with him to improve public safety.”

Chief Kilmer is married to Roberta and has four children, the oldest of which is currently involved in Ranger training with the United States Army. He plans to live in the City of San Bernardino.