Written by Admin on June 24, 2009. Posted in Dameron Communications 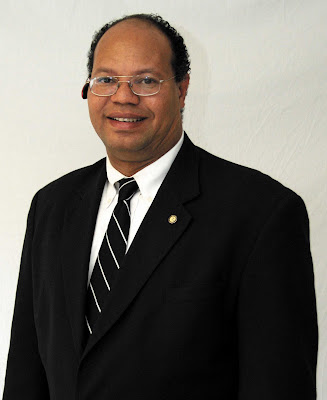 Carl Dameron has recently been named a member of the Inland Empire Advisory Board for Goodwill Southern California. Photo by Chris Sloan

(SAN BERNARDINO, Calif.) Carl Dameron, founder and creative director of Dameron Communications, has been named a member of the Inland Empire Advisory Board for Goodwill Southern California.

Dameron joins a group of highly influential community leaders on this board. Other members include Bill Carney, president and CEO of the Inland Empire Economic Partnership; Pat Downey, senior group leader for the Target Distribution Center in Fontana; Kathleen Dutton, director of Economic Development and Community Education for Chaffey College; Dr. Carolyn Eggleston, dean of administration and graduate programs for California State University San Bernardino; Felicia Flournoy, deputy director of the Riverside County Economic Development Agency; John Husing, a leading authority on economics in the Inland Empire and president and CEO of Economics and Politics in Redlands; Ron Loveridge, mayor of Riverside and John Thornes, CEO of Thornes & Associates.

“I am excited about working with community leaders of this caliber to help Goodwill Southern California improve the lives of so many in our area,” Dameron said.

Dameron serves on several other local advisory boards, including The Salvation Army and The American Lung Association and is President of the Inland Empire African-American Chamber of Commerce. As president of this Chamber, he is leading an effort to help Black and other minority business owners develop strategies to stay strong in 2009’s tough economic times.

About Dameron Communications
Since 1989 Dameron Communications has creatively met the needs of our diverse client base locally, regionally and nationally. They are an award-winning agency that creates integrated advertising and public relations solutions to increase clients sales and profits, win elections, inform the public or gain acceptance of potentially controversial issues.