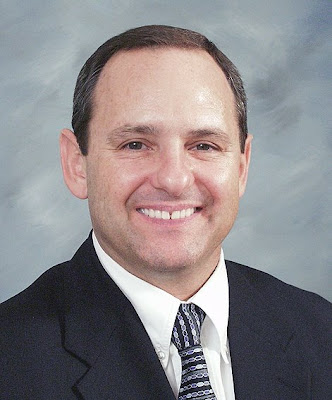 The reception takes place at Castaway Restaurant & Banquet Center, 670 Kendall Dr., San Bernardino, from 5:30 p.m. until 7:30 p.m. It will allow Black business and community leaders an opportunity to meet their county superintendent and share their concerns about education with him.

Dr. Thomas took over the position of county superintendent in August, 2008 when Dr. Herbert Fisher retired, and is running for election in 2010. He previously had been the San Bernardino County Superintendent of Schools deputy superintendent.

“In the short time I have known Gary Thomas, I have seen that he cares about children and their future success,” said Carl Dameron, president of the Inland Empire African-American Chamber of Commerce. “ This will be an opportunity for him to share his vision for San Bernardino County’s children.”

As the former deputy superintendent for the San Bernardino County Superintendent of Schools, Dr. Thomas oversaw all business, human resources and technology services for the County Schools’ office serving 33 K-12 districts, three Regional Occupation Programs and five community colleges. He had responsibilities to plan, implement and evaluate the operations of a $380-million budget.

Dr. Thomas’ brought forward the county’s first balanced budget in more than seven years and has since kept the budget balanced.
Before he became the deputy superintendent position for County Schools, Dr. Thomas was superintendent of Silver Valley Unified School District for almost three years. There Dr. Thomas directed a staff of more than 300 employees.

Prior to his leadership position in Silver Valley, Dr. Thomas served as superintendent of the Lucerne Valley Unified School District for almost five years. While in Lucerne Valley, Dr. Thomas oversaw the re-alignment of the district’s curriculum to match the state standards in the core subject areas; worked with the district to create an alternative education center to provide independent study, adult education, home/hospital and community day school programs; and entered into a partnership with Victor Valley Community College to provide vocational education programs to high school juniors and seniors.

In addition to his two stints as a district superintendent in the High Desert, Dr. Thomas served as principal, director of elementary education, senior director of instructional services, and assistant superintendent of Business Services for the Hesperia Unified School District over a 10-year period. One of his major accomplishments while in the district was turning around a troubled elementary school and bringing back a sense of pride and respect for the school from the parents, staff, and students it served.

Dr. Thomas has served on and chaired numerous advisory committees and task forces in the county and state to improve the education and well being of students.
In 2008, he was awarded the Business Administrator of the Year Award by the Association of California School Administrators.

Dr. Thomas received his undergraduate degree in psychology and teaching credential from California State University, Los Angeles. He earned his master’s degree and doctorate from the University of LaVerne. Dr. Thomas has resided in San Bernardino County’s High Desert for the past 22 years. He and his wife Beverly have two daughters, one son, one grandson and one granddaughter.