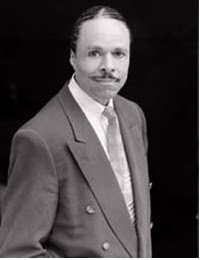 (SAN BERNARDINO, Calif.) Leon Isaac Kennedy, former actor, writer and producer and now a minister of the gospel, will deliver the message at all three services of Temple Missionary Baptist Church: 7:30, 9:30, and 11:30 am on Sunday, July 19, 2009.

Kennedy is best known for the 1979 movie Penitentiary, which propelled him into Hollywood stardom in the 1980’s. He went on to produce and star in several other movies; however, at the top of his career, he walked away from the industry. He spent his time instead speaking, visiting detention centers, drug rehab centers, homes for unwed mothers, churches and hundreds of prisons. On his website, kennedyhealingloveministries.com, he explains, “The Hollywood film business and movie making process has always been one of my great loves. However, positively impacting the lives of others is far more significant than winning any Hollywood trophy, and the only way I can significantly help someone is through Jesus!.”

*Kennedy reaches out to Christians through his ministry headquarters in Burbank, CA, his website and “The Success Show,” sharing a biblical perspective on financial freedom, healthy lifestyles, and entrepreneurship.