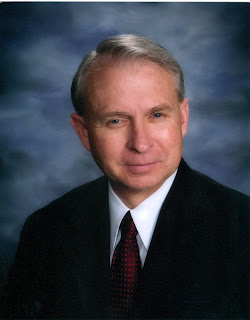 The Inland Empire African American Chamber of Commerce will host a reception for Riverside County Superintendent of Schools Kenneth Young on Thursday, Oct. 8 at the Riverside Marriott.

The reception takes place at the Riverside Marriott Hotel, 3400 Market St., from 6 p.m. until 7:30 p.m. It will allow business and community leaders an opportunity to meet their county superintendent and share their concerns about education with him.

“Kenneth Young worked in business for many years before he was an educator, so he understands the concerns we as business people may have,” said Carl Dameron, president of the Inland Empire African American Chamber of Commerce. “This is a great opportunity for minority business owners from throughout the Inland Empire to discuss their concerns with him.”

As county superintendent, he has fiscal oversight of all 23 school districts in the county along with the Riverside County Office of Education. He oversees a staff of almost 1,800 employees working at 162 different locations across Riverside County.

Superintendent Young’s primary focuses as county superintendent have been increasing high school graduation rates and better preparing students for college and the workforce.

He has also served in senior leadership positions at local school districts, including deputy superintendent.  He has chaired several school district boundary, busing and budget committees.

Before he worked in California’s public school system, Superintendent Young spent 17 years in the field of civil engineering, 14 of which he was president and CEO of an engineering construction firm.

He holds a Bachelor’s of Science degree in Business Management and a Master’s degree in Education.

Kenn and his wife Beverly have lived in Lake Elsinore for the past 29 years. He has six children and three grandchildren.