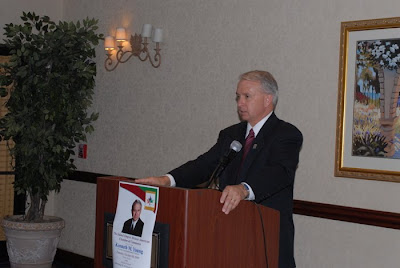 With approximately 425,000 students, Riverside County is the 4th largest region of public education in the largest state in the nation. This is more students than the total student enrollment in 17 states.  Our 23 local school districts spread across seventy-two hundred square miles of diverse topography, communities and demographics. The Riverside County Office of Education fulfills an important intermediate agency role, serving both the California Department of Education and local school districts.  Our major programs include Alternative Education (including juvenile hall), Special Education for the Severely Handicapped, and ROP/Career technical Training.

The county’s student population has changed significantly during the past decade. The enrollment of our Hispanic students has reached almost 56%.  Our white student population is 28%, 7-1/2% are African-American students, about 2-1/2% are Asian, and the remaining students are comprised of a handful of other nationalities. This past school year, for the first time in decades, student enrollment in our county dropped by approximately 1,600 students—largely as a result of foreclosures and unemployment.  That’s a major trend shift when we consider that during the prior year’s slowdown, Riverside County still increased by approximately 9,000 students over the 2006-2007 school year, where we grew almost 20,000.

Each year, students across California participate in what are often referred to as “high stakes testing”. These are a series of standardized tests intended to assess each student’s academic level and progress in school. The results of the tests are released by the state at different times during the year. I would like to highlight the outstanding results of Riverside County’s students on the high stakes tests for the 2008-2009 school year.

In 1999, California adopted a set of statewide content standards, followed by an aligned curriculum and assessments through the Public Schools Accountability Act. This system has become know by its measuring stick, the Academic Performance Index, or API.  The API is made up of a collection of assessments in four subject areas with an overall scoring range between 200 and 1,000.  The state’s goal is for every school in California to have an API score of at least 800.

The United States Department of Education’s high stakes tests are essentially comprised of using each state’s adopted reading (English Language Arts in California) and mathematics standards and assessments, and then establishing a “proficiency” measurement at the state level to determine the percentage of student proficient in these two subjects.  Additionally, every state is required to establish student proficiency goals each year, also know as
Adequate Yearly Progress (AYP) targets, with the USDE’s mandate that all students in all schools be 100% proficient in both ELA and mathematics by the year 2014.

The AYP percent proficient rate in ELA for our African American students in all public schools within Riverside County was 46.3%. This is a 5.3% increase over the prior year and a 25.7% increase since the AYP was introduced in 2002— the highest increase of any similar sized county in the state.

For the 2008-09 school year, the AYP percent proficient rate in mathematics for all students in all public schools within Riverside County was 53.9%. This is a 4.0% increase over the prior year and a 23.1% increase since the AYP was introduced in 2002— the 3rd highest increase of any similar sized county in the state.

The AYP percent proficient rate in mathematics for our African American students in all public schools within Riverside County was 43.9%. This is a 5.3% increase over the prior year and a 23.3% increase since the AYP was introduced in 2002— the 4th highest increase of any similar sized county in the state.

There are essentially two ways to tackle the dropout issue, prevention and reclamation.  Everything we’ve been talking about so far today relates to preventing students from leaving school prematurely by keeping them engaged and connected to their school through an interesting, challenging, relevant education. When students do leave school early, the vast majority of them don’t come back. This past school year, the Riverside County Office of Education opened the first recovery program for dropouts on a large scale called “Come Back Kids”. The program operates on the new regional learning center located next
to the Mt. San Jacinto College campus in San Jacinto. The center is a joint project with the college where RCOE operate a variety of classes for students during the day and the college operates programs on the campus in the evening. Come Back Kids involves an outreach effort to locate and invite disengaged students to come back to school in a completely different learning environment than they experienced when they were unsuccessful, and reengage with their potential. We anticipate bringing back between 50 and 100 dropouts a year through this center.

Besides San Jacinto, RCOE also operates regional learning centers in Riverside, Banning, and Perris near March Air Reserve Base. We are approved for state funding for two more centers this year; one here in Moreno Valley and one in Murrieta, and we’re hoping to announce another center in the Coachella Valley in the next few months.  It’s our plan to operate Come Back Kids programs at each of our regional centers across the county.  We believe these centers will be a significant support and resource to help student dropouts return to school and complete their high school education.

Each year, California’s public education system continues to have more required of it in terms of increasing student achievement, with decreasing resources.  In the 2007-08 school-year, we were expected to meet these requirements with billions of dollars less than in the prior year.  2008-09 and 2009-10 ismore of the same.

As we look across Riverside County, we see a regional public education system that is making steady progress in improving student achievement.  These accomplishments are especially noteworthy when we consider that California’s instructional content standards are among the top three most rigorous in the nation as rated by the Fordham Foundation and that Riverside County is home to an extremely diverse language, ethnic, and economic student population within the most diverse state in the country. But again, our schools are being expected to do more with less funding—this time, far less.

I wish to also point out, however, that California has an inherent financial problem unlike other states.  For well over a century, California’s public education system was funded in much the same way as public education is funded in most other states—at the local level.  In 1972, California ranked 10th nationally in per pupil funding—a fact made even worse by our state’s particularly high cost of living.  Thirty years ago that changed.  The funding model for California schools was completely revamped, shifting the responsibility from the local level to the state, which now determines over 80% of the funding that schools receive.

Both finance and education experts, for years, have been warning that California’s present education funding model will overburden the state budget’s financial capacity, inadequately fund our public school system, and transfer local control of public education to the state.  In testimony to their predictions, California has dropped to almost dead last in per pupil funding and hundreds of new bills, designed to control some aspect of public education, are introduced each year.  If passed, they ultimately end up as regulations in California’s mammoth Education Code—among the largest of any state.  Now, we have introduced a new achievement gap:  the gap between growing expectations for school performance and the resources that need to be invested to make it happen.

No one can deny that our national economy is in a recession that is growing to look more like a depression by the week, and it’s likely to last for quite some time.  But we must also understand that no other state in this country is even considering the types of cuts to their public education system that are being proposed in California. Solving this problem requires more than just saying “NO” to cuts or “NO” to taxes.  It means all of us must fully comprehend the magnitude of the education funding problem facing us today, how they started and the impact it will have on us tomorrow if we do not take corrective action to fix it now.  If we didn’t have the will power to solve the problem when the state had a strong economy, it is hard to see how we will have the willpower to do it in a recession.

Currently, we’re approximately $17.9 billion dollars a year below the national average and we’re almost $28 billion a year below our 1972, 10th place ranking. If we keep this up we’ll soon be entering the funding range of 3rd world countries.  We must be willing to make some difficult decisions and substantial sacrifices in order to create funding solutions dedicated specifically for public education.  That is an investment in the future.  California’s (and the nation’s) economy is only as strong as the education and skill level of those who work and live here.   We must have an acceptable plan for funding our public education system that will move California back to at least the national average over the next seven to ten years and at the very least, keep us there.  That must not be the ultimate goal. With all the academic gains we have made over the last decade, we cannot afford to let our public education system continue to fall behind the rest of the country in funding.  California must take corrective action now!