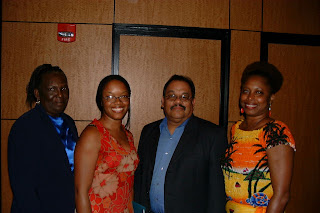 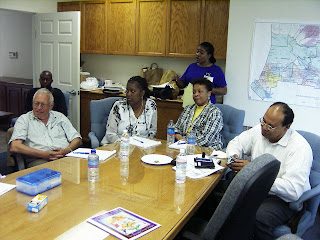 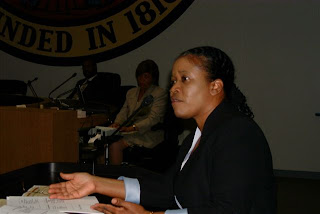 (SAN BERNARDINO, Calif.) The African American Health Institute of San Bernardino County (AAHI-SBC) will celebrate its last seven years of progress in efforts to reduce health and healthcare disparities in Black communities of the Inland Empire.

Black churches have had outreach health ministries in the Inland Empire for more than 50 years. Dr. Temetry Lindsey founded the Inland Behavioral Health more than 30 years ago, Dr. V.Diane Woods pointed out. And Gwen Knotts founded Knotts Family Agency shortly after that.

The local branch of the California Black Health Network, in conjunction with the Black newspapers, radio talk shows, and civic organizations, as well as the Inland Empire Black Nurses Association and ethnic physicians of the J W Vines Medical Society have always worked on health issues in the Inland Empire.

More African Americans die from the leading causes of death such as heart disease, stroke, cancer, HIV/AIDS and other preventable conditions than any other group. Even African American babies die two to three times more often than other babies.

In 2004, the organization held public forums, conducted surveys, town hall meetings, and one-on-one interviews throughout San Bernardino County; gathering data from more than 1,000 local Black residents investigating why people of African ancestry continue to die much earlier than other ethnic groups; and, to identify what will work to reverse this trend.

“Much has been accomplished since we started the health planning project in 2003,” said Dr. Woods, founding president and CEO of AAHI-SBC. “We are celebrating successful positive milestones in Black community collaboration.”

As a result of the AAHI Planning Project, a comprehensive report was developed in 2004 called Voices of the People: An Afrocentric Plan for Better Health. Nine major recommendations were proposed.

Since then, AAHI-SBC has strongly promoted change in the healthcare system through advocacy, public education, community capacity building, and research.

Since 2006, AAHI-SBC has been awarded more than a million dollars to work on health issues. Two recent awards include the California African American Initiative Statewide: HEROICs from the Department of Managed Care Office of the Patient Advocate (OPA) for $149,600; and the California Department of Mental Health Statewide Reducing Disparity Project for African Americans for $411,000.

“Tremendous efforts on multiple fronts to improve the health delivery system, individual health, and in changing health policies, must be sustained,” said Dr. Woods. “In this era of national change to improve health and healthcare outcomes, seven years seems like an appointed time to celebrate good things done by our local Blacks in our communities. When we remember where we have come from, and celebrate the progress we have made with our eyes steadfast on the future it brings hope. We need a good dose of hope and encouragement every now and then, it’s good for the heart and spirit of a people.”

About the African American Health Institute of San Bernardino County
AAHI-SBC is a community-based resource focused solely on improving health among Americans of African ancestry, the poor and under-represented (URM) ethnic minorities in the Inland Empire. Visit www.AAHI-SBC.org to learn more about what self-help groups and others are doing to improve the condition of Blacks. You will also find the history of AAHI-SBC, an extensive list of partners, and activities underway.