Written by Admin on April 16, 2010. Posted in Bicentennial 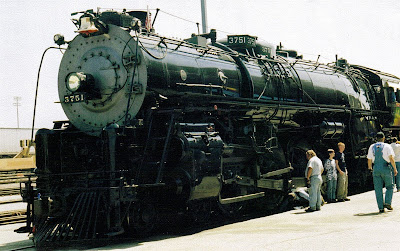 Engine 3751, long a familiar sight in San Bernardino, returns to the city for Bicentennial Railroad Days May 8-9.