Written by Admin on May 4, 2010. Posted in Dameron Communications 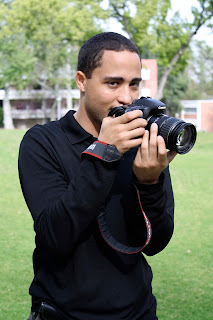 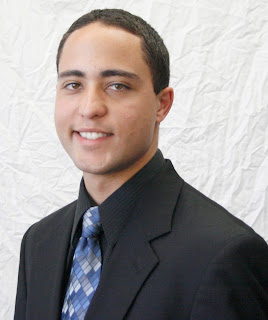 (SAN BERNARDINO, CA) Chris Sloan rejoins Dameron Communications as Public Relations Coordinator after having interned for Dameron Communications two summers ago.
Immediately after the completion of his internship, Sloan started to work for the agency as a freelance photographer. He is one class away from completing his bachelor’s degree in communication with an emphasis in public relations at California State Polytechnic University, Pomona.
Sloan is currently a staff photographer for Cal Poly Pomona’s college newspaper, The Poly Post, and continues to photograph at Dameron Communications as well as write press releases and perform other public relations duties.
He was the 2008/2009 Cal Poly Pomona Public Relations Student Society of America chapter president and continues to contribute to the organization as a member.
Sloan is excited to be working at a public relations agency to which he can gain experience in the public relations field and continue to photograph.
“I am very fortunate to return to Dameron Communications,” said Sloan. “ There is nothing more rewarding than doing something you love and getting paid for it.”
Upon completion of his bachelor’s degree, Sloan looks forward to continuing his education by pursuing a degree in photography.
When he is not at work or in class, Sloan spends his spare time as a volunteer newspaper advisor to the San Bernardino High School’s student newspaper the Tyro Times. He is also a graduate of SBHS.
About Dameron Communications Since 1989 Dameron Communications has creatively met the needs of our diverse client base locally, regionally and nationally. It is an award-winning agency that creates integrated advertising and public relations solutions to increase clients’ sales and profits, win elections, inform the public or gain acceptance of potentially controversial issues. Dameron Communications creates advertising for television, radio, newspaper, magazine, and billboards, web sites, mobile web applications, email and more. Public relations services include press releases, press conferences, media relations, television programs, web sites, opinion editorials, promotions, event creation and management, government relations and community relations.   Dameron Communications has earned media coverage for clients from: ABC, CBS, NBC, CNBC, CBS MarketWatch; Fox News, CNN, CNNfn, Nightly Business Report; The Wall Street Journal, New York Times, Los Angeles Times, The Washington Post, Dow Jones News Wire, Bloomberg, Reuters, Associated Press and many more. For more information go to: http://www.DameronCommunications.com/ or call (909) 888-0017.
-end-