Written by Admin on June 1, 2010. Posted in Joyce Fairman 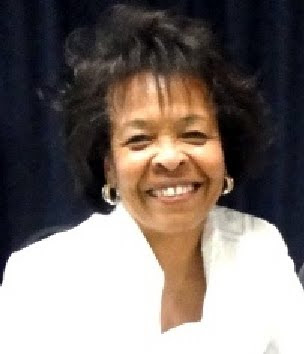 Joyce Fairman is the new president of the California State University, San Bernardino Chapter of Epsilon Pi Tau, The International Society for Professions In Technology.

Fairman, a resident of Victorville, is a Gamma Nu member, and alumni of CSUSB. She is the founder of J. Fairman & Associates, Career Development and Business consulting service, working with various organizations throughout San Bernardino County.

“I am truly honored to be recognized by this distinguished Honorary Society, the Board of Trustees, Chapter Area Director Dr. Joseph Scarcella, and Epsilon Pi Tau members for the position of president,” she said.
As president, Fairman’s goals are to increase membership in Epsilon Pi Tau, and to make people throughout the Inland Empire aware of the organization. She also will promote the resources of California State University, San Bernardino.

Fairman previously received several other accolades from Epsilon Pi Tau ‘s Gamma Nu chapter for maintaining a 3.89 to 4.0 grade point average during her master’s degree program.
Fairman is a member of the boards of the National Coalition for Negro Women – Inland Empire and the Victor Valley branch of the NAACP.

Dennis Larney, the outgoing president, said he continually supports the progress and success of Gamma Nu. “
“Epsilon Pi Tau Gamma Nu strives to support the community by recognizing students, and other professionals displaying exemplary performance in all industries,” he said. “The success of any organization, its leaders, and its future is based upon its dedicated and supportive members.”
Since 2002, J. Fairman and Associates has helped community organizations develop plans for outreach and networking to better serve their clientele. For more information about how J. Fairman and Associates can help your organization, call (909) 746-6153.