“The most important reason why I am endorsing Kelly Erving for the Rialto City Council is that we need people who are planning for the future, not living in the past,” says Ms. Gilbert.

RIALTO, CALIF. “Kelly Erving is young, energetic, educated, knows our city well and she has what it takes to motivate Rialto’s young people to help move our city into the future,” says Ms. Gilbert.

Gilbert served as a secondary school teacher in New York, Virginia and California’s Long Beach and Moreno Valley Unified school districts before coming to Rialto. In 2001she joined the district’s Board of Directors and later served three terms as Board President, retiring in 2013.

“Rialto has grown so much in the past few years and we need leaders who are up-to-date with today’s trends in technology and engagement, people who know how to use what’s available to make sure that all the voices in our diverse community are heard before the Council makes decisions that affect everyone who lives and works here,” says Gilbert.

Erving’s stated priorities are affordable housing, sustainable economic development and reaching out to the entire community for input and feedback during the planning process. Erving says, “We need to respect our people and let them know that their input is welcome. ” I am dedicated to the City of Rialto and all of its residents; I chose to reside in Rialto due to its limitless potential and the diversity of its residents,” said Dr. Kelly Erving

“We’ve seen some communities welcome giant warehouses that employ poorly paid employees who then need to rely on social services to get by,” says Erving. “That’s not going to happen in Rialto. We will grow the right way, attracting the kinds of businesses that provide the goods and services Rialto’s people need and want, while paying a living wage that ensures people who work here can live here.”

For more information on Kelly Erving’s candidacy, visit her website at Kelly4RialtoCC.com. 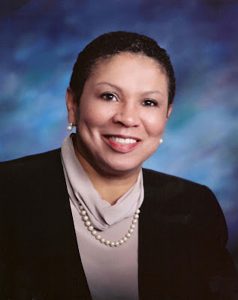 “I think Kelly Erving can add value to Rialto going forward, and this is why I’m supporting her for the Rialto City Council,” says Mayor Robertson.

RIALTO, CALIF. “As the mayor of our city, I welcome and support Dr. Kelly Erving for a seat on the Rialto Council. You may wonder why. First, Ms. Erving took the time to become familiar with local government and determined she wanted to be a part of continuing the progress and the direction she witnessed in Rialto, after choosing to make Rialto the place to become a homeowner. She chose Rialto, and proceeded to engage with various civic organizations, helping with serving the community by investing her time.”

Mayor Robertson praises Dr. Erving’s future orientation and supports her priorities. Dr. Erving says, “I want to create partnerships with businesses and organizations that result in affordable housing so that people who work in Rialto can afford to live in Rialto. The Renaissance Center has been an excellent addition to our community, and I am anxious to see more of this kind of economic development here. And I want to be sure that when our Council makes decisions, all the city’s stakeholders have had the chance to be heard and involved in the process.”

Mayor Robertson goes on to say, “When Kelly made the decision to run for a council seat, she took the time to introduce herself to me and share her reasons for running.  I appreciate her respect for taking the time to seek my endorsement, rather than assume it was a foregone conclusion.

“We’re a diverse community and inclusion is very important to me. Additionally, I believe the citizens, in the end, will make the final decision on the representation they will support and continue to support. In the end, I believe character and respect for one another count.

“This election we have five candidates and only one incumbent. I think it’s important to balance between experience and individuals who will continue to want progress in Rialto and embrace technology and innovation.” Said Robertson.

“As mayor, my decisions will never be made on what my, or previous generations can do; my decisions are focused on embracing new technology, innovation and quality of life we all can enjoy.”

“I think Kelly Erving can add value to Rialto going forward, and this is why I’m supporting her for the Rialto City Council.”

” I am dedicated to the City of Rialto and all of its residents; I chose to reside in Rialto due to its limitless potential and the diversity of its residents,” said Kelly Erving.

“If elected to City Council, my objective is to seek innovative, yet achievable, solutions to Rialto’s challenges,” said Dr. Erving. She proposes to tackle the homeless challenge by working with local nonprofit organizations to get them off the streets and into stable living quarters.

Erving works with the underserved and vulnerable subsets of society on a daily basis as an employee of the Los Angeles County Department of Public Social Services. “I am committed to seeing that every Rialto worker, public or private, is paid a living wage. I want the City to provide improved infrastructure, enhanced public safety and attractive incentives that encourage the growth of local businesses.” ” I am dedicated to the City of Rialto and all of its residents; I chose to reside in Rialto due to its limitless potential and the diversity of its residents,” said Dr. Kelly Erving

Dr. Erving’s academic credentials include a Master of Public Administration; a B.A. in Political Science (with a minor in Women’s Studies), and a Doctor of Education in Organizational Leadership.

Rialto Mayor Deborah Robertson and a number of others have endorsed Erving, seeing her as a “Go-To” expert in operations, policy analysis and the implementation of county, state, and federal programs and policies.

” I am dedicated to the City of Rialto and all of its residents; I chose to reside in Rialto due to its limitless potential and the diversity of its residents,” said Kelly Erving

For more information on Kelly Erving’s candidacy, visit her website at Kelly4RialtoCC.com.

Written by Admin on October 10, 2016. Posted in Deborah Robertson

Mayor Robertson’s reason for wanting a second term is simple. “I’m not done.” In her first term, Mayor Deborah Robertson accomplished much of what she wanted. Her focus was on keeping Rialto financially sound, moving forward on commercial and business development, generating jobs in Rialto and enhancing open space for healthy recreational usage.

(Rialto, Calif.) As Deborah Robertson moves from table to table greeting folks at Mary Stewart’s Southern Soul Food, the Mayor of Rialto looks as comfortable as if she was in her own kitchen.

In a way, she is. Mayor Robertson has called Rialto home for nearly 30 years and has served in its local government for 16 years, including three terms as a councilwoman and one as Mayor.
As she campaigns for re-election – Election Day is Nov. 8 – Mayor Robertson’s reason for wanting a second term is simple. “I’m not done.”

“I feel the role of the Mayor is a calling, not just a title,” said Mayor Robertson, who is running against current councilmember Ed Palmer. “We keep it real in Rialto. Our foundation is in a common belief of community. We’re middle class, salt of the earth people.”

In her first term, Mayor Robertson accomplished much of what she wanted. Her focus was on keeping Rialto financially sound, moving forward on commercial and business development, generating jobs in Rialto and enhancing open space for healthy recreational usage.

“The community as a whole is concerned about safety and lowering crime in the city,” said Mayor Robertson. Cutting down on crime was also a major focus in her first term as Mayor.

“I am very proud of the part the city’s police force played in response to the terrorist attack nine months ago in San Bernardino,” said Mayor Robertson. Rialto’s SWAT Team was one of the first responders in support of San Bernardino’s units.

During her time as Mayor, Rialto was also one of the first cities to have its police force wear body cameras. “As the result of a research project, the Rialto police agreed to wear the cameras for one year,” said Mayor Robertson. The results were positive and Rialto decided to keep the cameras. Robertson said it gave citizens a new perspective into law enforcement.

“It gave us empirical data, not just anecdotal,” Mayor Robertson said. “The number of complaints from citizens went down drastically. It brought about a different level of respect for the police.”
Statistically, both violent crime and property crime have gone down in each year of Robertson’s first term as Mayor.

In 2014, Rialto dropped below the national average in violent crime rate for the first time in 12 years, according to City-Data.com. Mayor Robertson is also one of four Mayors in San Bernardino County that have been very vocal about the illegal gun problem.

About Rialto Mayor Deborah Robertson
Deborah Robertson was elected Mayor of Rialto in November 2012 – the latest achievement in a distinguished public service career that has included 12 years on the Rialto City Council, leadership positions at the Southern California Association of Governments (SCAG), the San Bernardino Associated Governments (SANBAG), and more than 20 years with the California Department of Transportation.

A leading voice on regional and national infrastructure issues, Mayor Robertson chairs the Public Health Subcommittee for SCAG’s 2016 Regional Transportation Plan/Sustainable Communities Strategy, is a member of the U.S. Conference of Mayors Water Council and Metro Economies, and member of Mayors Against Illegal Guns.

She is a founding board member for the NFL/AFL Youth Life Skills Camp, has hosted the annual State of Women event in Rialto for the past seven years, and was recognized by Assembly Member Cheryl Brown as 47th District Woman of the Year.

Mayor Robertson retired from Caltrans in 2012, most recently serving as Deputy District Director of External Affairs. A native Californian, she holds an undergraduate degree in Urban Planning from the University of California, San Diego, a Masters Degree in Public Administration from the City University of New York Bernard Baruch College and is a National Urban Fellows recipient. She is also a scholarship recipient and past participant of the Southern California Leadership Network.

Mayor Robertson was instrumental in developing Rialto’s Transportation Commission and coordinated a transportation summit for the region.  Her wielding influence and determination have helped bring new businesses and housing to the City of Rialto.

With all that she has done Mayor Robertson still has the time for family, two children and six grandchildren, that are the joy of her life.